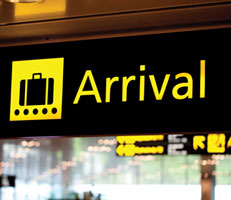 Both organisations have achieved cost reduction and performance improvement, but poor planning and delayed delivery of projects hampered progress.

"The UK Border Agency and the Border Force deserve credit for taking on an ambitious programme of change, but both organisations face a steep climb to ensure this work delivers both value for money and a good service. "The real leadership test will be whether the Agency can transform casework processing without relying solely on new IT, and whether the Border Force can improve its workforce practices and raise productivity."

A report published today by the National Audit Office has found the UK Border Agency and Border Force have achieved both cost reductions and performance improvement since 2010, but insufficiently coherent planning and delayed delivery of key projects have hampered faster progress.

By automating processes and becoming more flexible, the Agency aims to cut costs by at least £350 million between 2011 and 2015, partly through reducing the number of staff by 4,500 full time equivalents.

However, the Agency has not based its target operating model on clear performance priorities and there is a lack of detail in, for example, exactly how caseworking will change and how changes in operations could affect costs and performance levels. The current business unit structure does not offer the Agency the flexibility it needs to respond to unpredictable levels of applications for immigration and asylum.

The Agency is reliant on the successful implementation of the £385 million Immigration Case Work IT system and wider changes to business processes within caseworking and better working practices in the Border Force to deliver further savings and improvements in service delivery. Immigration Case Work is a year behind schedule and exceeded its original 2011-12 budget by £28 million. Despite progress being slower on Immigration Case Work than expected, the Agency reduced its staff levels more quickly than planned, with 2,100 full-time equivalent staff leaving during 2011-12. This resulted in a need to hire new staff to deal with spikes in demand.

Achieving these significant changes require strong leadership and good communication, which today’s report finds have not been evident enough to date. There have been well-documented problems within the Border Force.  Only one-quarter of staff believe the Agency’s board has a clear vision for the future, while fewer than one in five consider that the organisation manages change well.

The Agency has recognised its deficiencies and is preparing a new transformation programme for launch in the autumn.  Its aim is to reduce management layers and bring root and branch change to operations and performance by 2015.