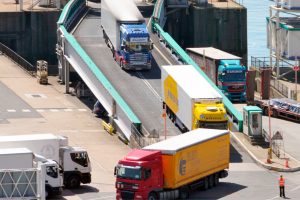 This report considers the work that government has been undertaking at the border to prepare for a no-deal EU exit.

The UK was initially scheduled to leave the EU on 29 March 2019 after triggering Article 50 of the Treaty on European Union on 29 March 2017, which started a two-year formal notice period. The UK and EU agreed to extend the Article 50 deadline to 12 April 2019, and again to 31 October 2019.

Government departments have continued to plan on the basis of both a deal being reached with the EU, and on the basis that, if a deal is not agreed, the UK will leave the EU on 31 October 2019, with no implementation period and an immediate change in the UK–EU relationship (‘no deal’).

In whichever situation the UK leaves the EU there are implications for how the border is managed. The UK’s current management of the border is heavily influenced by its membership of the EU, which allows free movement of goods, services, capital and people across member states.

In preparing for leaving without a deal, the government has put in place new systems, upgraded existing systems and made other extensive changes to minimise the potential for disruption at the border. In the event of a no‑deal exit, the government has decided to prioritise security and safety; flow of people and goods; and then compliance activity, including the collection of revenue.

This is our fourth report covering the UK border since the EU referendum in June 2016.

The purpose of this report is to consider the work that the government and departments have been undertaking to prepare for no deal since we last reported and to assess how prepared they are at the border for a no‑deal exit on 31 October 2019:

The government has made progress with putting in place the systems, infrastructure and resources required to manage the border if the UK leaves the EU without a deal on 31 October 2019. However, there is still some work to do to finalise arrangements in the short time that remains and bringing all these elements together for the first time in a live environment carries inherent risk.

The most significant risks to the operation of the border remain, namely business readiness, EU member states imposing controls, and arrangements for the Northern Ireland and Ireland land border. Although the government has actions under way to influence these, mitigating these risks is now, to some extent, out of its control. It is impossible to know exactly what would happen at the border in the event of no deal on 31 October 2019. Departments face new challenges in monitoring and responding to any disruption that may ensue. This includes supporting businesses and individuals in meeting their new obligations, mitigating risks of the border becoming vulnerable to fraud, smuggling or other criminal activity, and activating civil contingency plans if necessary.

Many of the new arrangements the government plans to implement at the border to facilitate flow on day one would be temporary, and it will take some time for a fully functioning border to be put in place. In determining longer‑term arrangements, the government would need to balance enabling the flow of traffic across the border with introducing appropriate controls to minimise the risk of non‑compliance or criminal activity.