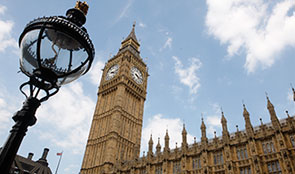 The newly-created Competition and Markets Authority has made significant progress in improving how the UK’s competition regime works, and it is now more coherent than before. Business awareness of competition law, however, is low and while it has improved the robustness of its enforcement casework, the regime has so far not produced a substantial flow of enforcement decisions or fines.

“The newly-created CMA has taken significant steps to tackle the failings we have previously identified, and the competition regime as a whole is now more coherent than before. There are, however, still too few successful enforcement cases, and business awareness of competition law could be improved.While the changes made so far appear likely to improve value for money, the regime has further to go to ensure that value for money is achieved.”

The newly-created Competition and Markets Authority has made significant progress in improving how the UK’s competition regime works, and it is now more coherent than before, according to the National Audit Office. Business awareness of competition law, however, is low and while it has improved the robustness of its enforcement casework, the regime has so far not produced a substantial flow of enforcement decisions or fines.

Effective competition is a key priority for government in its drive to improve growth and productivity. To help achieve this, the Office of Fair Trading (OFT) and the Competition Commission (CC) merged to become the CMA, taking over from the predecessor bodies in April 2014. In 2014-15, the CMA was granted an additional £12 million to expand its competition work. Government has also extended competition powers to regulators in financial services and health alongside the sector regulators, such as Ofcom, who already possess these powers. The total direct cost of competition work across all bodies in the UK regime was £66 million in 2014-15, with around 810 full-time equivalent competition staff.

Today’s report found that competition work was not significantly disrupted during the creation of the CMA, with front-line work continuing uninterrupted, but teething issues include IT problems and high staff turnover during the early phase of the transition. To promote retention and recruitment, the CMA used approximately £2.2 million of its increased funding of £12 million in 2014-15 to increase pay and recruit specialists in competition grades. Staff morale has improved substantially in the last year and the turnover of permanent staff fell to 3.1% in the third quarter of 2015.

Competition authorities have increased their efforts to detect anti-competitive behaviour, particularly in financial services. The CMA is investing in gathering information on such behaviour from a wide variety of sources, including consumer organisations and whistle-blowers. Business awareness of the competition authorities and of competition law itself is however low, with the CMA’s 2014 survey finding that only 23% of businesses felt they knew competition law well. The CMA aims to improve awareness through advocacy work, for example, following enforcement cases.

The CMA aims to produce benefits for consumers of at least 10 times its running costs, which it has so far exceeded. It estimates that its work produced annual average direct consumer benefits of £745 million between 2012-13 to 2014-15, but the Department of Business, Innovation and Skills does not routinely calculate the cost of the system as a whole and there is no measure of the regime’s impact on growth or productivity.

According to the NAO, the regime faces big challenges in increasing the low number of enforcement decisions made to date. The UK competition authorities issued only £65 million of competition enforcement fines between 2012 and 2014, compared to almost £1.4 billion of fines imposed by their German counterparts.

The competition regime is placing an emphasis on market investigations, with implications for the regime as a whole. The CMA’s ability to investigate an entire market can have big effects. The NAO found that 16% of the CMA’s front-line competition resources are currently being invested in two high-profile market investigations into energy and retail banking. The ability of the CMA to present a credible market analysis and formulate effective remedies, if appropriate, will have a significant effect on its reputation.