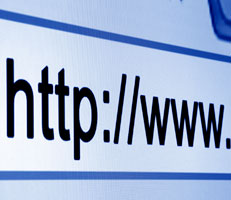 An NAO review of the Government’s strategy for cyber security indicates that, although at an early stage, activities are already beginning to deliver benefits.

"The threat to cyber security is persistent and continually evolving. Business, government and the public must constantly be alert to the level of risk if they are to succeed in detecting and resisting the threat of cyber attack." "It is good that the Government has articulated what success would look like at the end of the programme. It is crucial, in addition, that progress towards that point is in some form capable of being measured and value for money assessed."

A National Audit Office review of the Government’s strategy for cyber security indicates that, although it is at an early stage, activities are already beginning to deliver benefits.

The cost of cyber crime to the UK is currently estimated to be between £18 billion and £27 billion. Business, government and the public must therefore be constantly alert to the level of risk if they are to succeed in detecting and resisting the threat of cyber attack.

The UK Cyber Security Strategy, published in November 2011, set out how the Government planned to deliver the National Cyber Security Programme through to 2015, committing £650 million of additional funding. Building on ten years’ experience of seeking to protect government information, systems and networks, the strategy placed greater emphasis on the role of the public and industry in helping secure the UK against attacks and also the opportunities to UK business from a growing market in cyber security.

Among progress reported so far, the Serious Organised Crime Agency repatriated more than 2.3 million items of compromised card payment details to the financial sector in the UK and internationally since 2011, preventing a potential economic loss of more than £500 million. In the past year, moreover, the public reported to Action Fraud over 46,000 reports of cyber crime, amounting to £292 million worth of attempted fraud.

The NAO identifies six key challenges faced by the Government in implanting its cyber security strategy in a rapidly changing environment. These are the need to influence industry to protect and promote itself and UK plc; to address the UK’s current and future ICT and cyber security skills gap; to increase awareness so that people are not the weakest link; to tackle cyber crime and enforce the law; to get government to be more agile and joined-up; and to demonstrate value for money.

The report is designed to set the scene in an area likely to be of continuing interest to the Committee of Public Accounts. Although the Committee has not specifically examined the issue of cyber security, it raised concerns about cyber security in relation to the government’s plans for smart meters, which will enable energy suppliers to collect meter readings over the internet, as well as pointing to a lack of detail on cyber security plans in the Government’s 2011 ICT strategy.