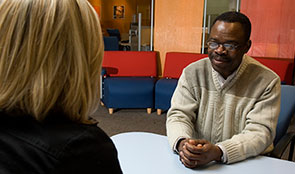 After a poor start, the performance of the Work Programme is at similar levels to previous programmes but is less than original forecast. The Department has struggled to improve outcomes for harder-to-help groups. The Programme has the potential to offer value for money if it can achieve the higher rates of performance the Department now expects.

"The Work Programme has improved on its poor start with performance to date reaching that of previous schemes. There are signs that performance is still improving. The Department must now deliver the significant increases in performance it expects, in particular improving outcomes for harder-to-help groups."

After a poor start, the performance of the Work Programme is at similar levels to previous programmes, according to a report today by the National Audit Office. Current published data may understate actual job outcomes and the DWP is also forecasting further improvements. At the same time, the Department has reduced costs and the risks of paying for poor performance. If the Department can achieve the much higher rates of performance that it now expects for the remainder of the Programme, the Programme has the potential to offer value for money.

Performance in getting people seen as easier to help into work has improved since the first published data. Of those people claiming Jobseeker’s Allowance aged 25 and over, 27 per cent of people who have completed the programme have moved into employment lasting 6 months or longer. This is similar to previous comparable programmes but is less than the Department’s original forecast (39 per cent), minimum performance levels (33 per cent), and bidders’ original expectations (42 per cent). Recent performance shows signs of improvement and the Department expects this trend to continue.

The Programme has, however, not improved performance for harder-to-help groups compared to previous schemes. The Department designed the Programme to help participants whose barriers to employment mean that it is more difficult for them to move into employment. However performance has been similar to previous initiatives and falls well short of the Department’s and bidders’ expectations. Prime contractors have reduced what they plan to spend on the hardest-to-help, with support for these participants lower than for those with better employment prospects.