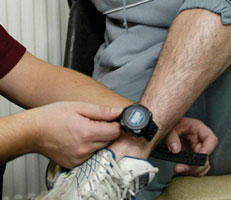 The youth justice system in England and Wales: Reducing offending by young people

"Today's report recognizes that key measures of youth crime, such as the number of young people entering the youth justice system, and the volume of reoffending by young offenders, show real improvement. However, young people receiving more serious community sentences and custodial sentences are just as likely to reoffend today as they were in 2000. More should be done to find out which interventions are the most effective in dealing with offending behaviour so that, in future, money can be directed at what works."

The National Audit Office has reported today that recent improvements to the youth justice system have contributed to reductions in recorded youth crime. However, despite a 25 per cent reduction in the volumes of reoffending, young offenders who receive more serious community sentences or custodial sentences remain as likely to offend again as they were ten years ago when the youth justice system was brought in.

The NAO estimates that, in 2009, offending by all young people cost the economy between £8.5 billion and £11 billion.

The current number of first-time entrants is the lowest since comparable records began in 2001. The number of young people held in custody has reduced by 14 per cent over the past five years, at a time when the adult prison population grew by 14 per cent. And the proportion of all young offenders who reoffend fell from 40 per cent in 2000 to 37 per cent in 2008, with the volume of their reoffending dropping by 25 per cent.

However, the rates of reoffending for those who receive most of the youth justice system’s resources are much less encouraging. The proportion of young offenders receiving more serious community sentences who go on to reoffend has gone up since 2000. Although the number of offences committed by these young people has reduced, this suggests that reform remains particularly difficult with the most challenging offenders.

Recent reforms to the system should help ensure that resources are directed at offenders most at risk of reoffending, and prevention programmes have taken pragmatic approaches based on the available evidence.

Some three-quarters of Youth Offending Team managers agreed that it is difficult to find evidence of what works for certain areas of their work. With resources likely to reduce, the youth justice system is therefore in a weak position to know which activities to cut and which to keep to ensure that outcomes do not deteriorate.