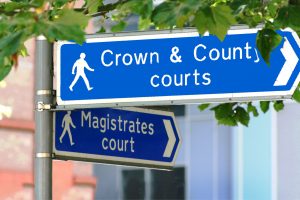 This report describes progress following the second phase of HMCTS's reform programme, which ended in January 2019.

In 2016, HMCTS launched an ambitious portfolio of reforms that aimed to modernise the justice system, reduce complexity and provide new ways for people to engage. This included the reform programme, the crime (common platform) programme and the transforming compliance and enforcement programme (TCEP). HMCTS intends to achieve its aims by introducing new technology and working practices to modernise the administration of justice, moving activity out of the courtroom, streamlining processes and introducing digital channels for people to access services.

In May 2018, we published a report setting out the objectives, early performance and risks of the reform programme. We concluded that HMCTS faced a daunting challenge to deliver the scale of change necessary and that there was a very significant risk that the full reform programme would prove to be undeliverable in the time available.

This report describes progress following the second stage of its reform programme, which ended in January 2019. We provide an update on the progress made (Part One) and take a closer look at the estates reform programme, which aims to reduce the size of the court estate (Parts Two and Three). Given the project is at an early stage, we have not concluded on value for money. Instead, we highlight factors that will be relevant for HMCTS’s future achievement of overall value for money.

For a breakdown of where courts and tribunals have been closed in England and Wales, see the NAO’s interactive visualisation.