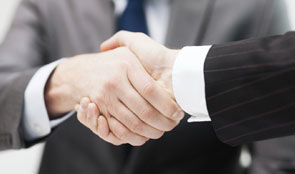 We published two reports today - Following the discovery of widespread and deep-rooted weaknesses in the government’s management of contracts it is starting to improve how it manages its contracts.

“For several decades, governments have been increasing their use of contracts with the private sector to provide goods and services. This has produced successes but also thrown up major new challenges, which are not easy to surmount. Not the least of these is the need to build up the commercial skills of contract management staff, both in departments and in the centre, and enhance the status and profile of their role.Current reforms are going in the right direction and government is taking the issue seriously. I welcome the fact that the Ministry of Justice, in particular, has responded promptly and positively with a wide-ranging improvement plan. There is, however, much to do, and the acid test will be whether the resources and effort needed for sustained improvement are carried through into the future performance of the departments in procuring and managing contracts.”

The major spending departments, together with the Cabinet Office and Treasury, have recognized the scale of the problem they face in managing their annual £40 billion of contracts with the private sector and have responded with significant improvement programmes. However, according to Transforming government’s contract management, a report published today by the National Audit Office, a lot remains to be done – including instituting widespread changes in the culture of the civil service and its capability to procure and manage commercial contracts.

In July last year, government ministers and senior officials announced significant overbilling dating back to 2005, principally in the Ministry of Justice’s electronic monitoring contracts with G4S and Serco. Around the same time, the NAO and the MoJ received allegations from a whistleblower about operational practices at G4S.The Ministry commissioned further reviews of its other contracts and the Cabinet Office did the same for the major G4S and Serco contracts across government. The Home Office and DWP also commissioned internal reviews of contracts with a range of contractors.

In most of the contracts reviewed across government there were weaknesses in the way those contracts were managed. Widespread problems were found in administration, including poor governance and record keeping and capacity issues.

According to the NAO, the Government is taking the findings of its reviews very seriously and reforms are going in the right direction. Today’s report sets out the steps which the spending watchdog regards as important to transforming contract management. These include establishing the systems and processes needed if contracts are to be overseen and managed effectively; and ensuring that responsibility for the delivery of contracted-out services properly rests with the contractors. Departments also need to find ways of making the most of their commercially experienced staff, giving them the right skills and an enhanced role.

In a complementary report, Transforming contract management: Home Office and Ministry of Justice the NAO takes an innovative approach to its audit work by comparing in detail the respective responses of these two departments to the problems each have identified with their contract management, and the progress they have made since last year with their Improvement Plans.

Overall, the MoJ started from a significantly weaker position than the Home Office, finding far greater overbilling and areas of weak contract ownership. But the MoJ has responded promptly with a more comprehensive improvement plan with the potential to transform how it manages its contracts if it sustains its current commitment. Other departments can learn from it. There is now a desire and impetus for change in both departments upon which they must capitalize before the end of 2015.