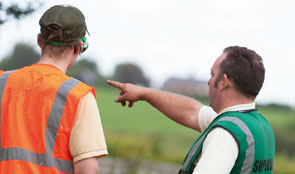 Probation services have been restructured on time and within cost targets during a period of major change but operational problems and risks to further service transformation need to be resolved if re-offending levels are to reduce.

“The Ministry has successfully restructured the probation landscape and avoided major disruptions in service, but this is only the beginning. The NPS is not yet operating as a truly national, sustainable service and the Ministry needs to address operational issues, many of which are longstanding, such as weaknesses in ICT systems. The Ministry also needs to have a deeper understanding of risks associated with reduced business for CRCs. Achieving value for money will require the resolution of these fundamental issues.”

Reforms by the Ministry of Justice to transform the rehabilitation of offenders have successfully restructured the probation landscape within ministerial timescales and without major disruption to services, but operational problems and risks to further service transformation need to be resolved, according to the National Audit Office.

Probation services were divided in 2014 into a public sector National Probation Service (NPS) and 21 new Community Rehabilitation Companies (CRCs) owned since February 2015 by 8, primarily private, providers. The NPS advises courts on sentencing all offenders and manages those presenting higher risk of serious harm, while CRCs supervise offenders presenting a low and medium risk of harm.

Today’s report found that probation services have been sustained throughout a period of major change, with 77% of service users surveyed reporting that they had not noticed any change in the overall service they had personally received. Service users were most dissatisfied in obtaining help with housing, help with finding employment and having to repeat information to different people; aspects influenced in part by factors outside the control of probation services.

The different organisations established in the reforms have different incentives, with unsurprising frictions between working level staff at the NPS and CRCs. Many junior staff at CRCs told the NAO that they considered their NPS contacts to be unduly critical and dismissive, while their NPS counterparts thought CRC contacts were often not providing them with necessary information and had become too focused on commercial interests.

While concerns over probation workloads are not new, staff in both organisations consider that high workloads have reduced the supervision and training that they receive and the service they provide. The NPS has higher than predicted caseloads and will need to successfully complete an extensive new change programme, which is now underway, if it is to provide a truly effective, national service. Front-line managers face growing pressures including dealing with an increasing level of high-risk offenders while assimilating an influx of trainees who will take time to become fully effective. In addition, caseloads at 3 of the 4 CRCs visited by the NAO were between 34 and 42 cases on average, with some staff handling a significantly higher number of cases.

According to the NAO, the various ICT systems used in probation casework also create severe inefficiencies, with new tools used by the NPS for assessing and allocating reoffenders requiring re-entry of data. Staff in the NPS and CRC also attributed several hours of lost working time per week to the main probation case management system, which was adopted before the reforms and which is expected to be used for the foreseeable future. The Ministry has been delayed in providing a data link for CRCs to fully use the system due to other priorities, increased scope and the need to jointly test the system with CRCs.

The performance of the new probation landscape will not become clear until data on reoffending is compiled in late 2017. Until that time, data on performance is focused on service levels for the completion and timeliness of probation activities, which have some data quality and availability issues. Performance across CRCs varies significantly with some areas already achieving the required level of performance though service credits to the value of £78,000 have been applied at two CRCs.

Today’s report found, however, that CRCs are paid primarily for completing specified activities with offenders; and there are significantly lower levels of business than the Ministry projected for CRCs. Both these factors risk hindering innovative approaches to tackling levels of reoffending.