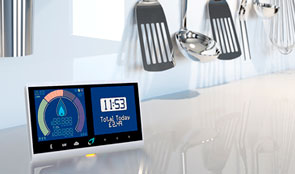 Update on preparations for Smart Metering

The economic case for the smart metering programme remains positive but there are significant risks and challenges to successful implementation, which must be managed.

The National Audit Office has today published a briefing reviewing the Government’s progress on the Programme under which energy suppliers must, by 2020, replace 53 million meters in homes and small businesses with smart electricity and gas meters.

The Smart Metering Implementation Programme, led by the Department of Energy and Climate Change, is expected to cost some £10.9 billion and bring economic benefits of £17.1 billion. According to the NAO, the Department has made good progress, with Ofgem, in preparing for mass roll-out and has established a framework for passing responsibility for smart metering to industry.

The economic case for the Programme remains positive. The Department recognizes that there remain significant risks. The Programme requires suppliers to take all reasonable steps to install meters in all homes and small businesses by 2020. But the current home area network radio system is not suitable for up to 30 per cent of premises, and suppliers have been developing a solution based on a different frequency of radio signal for these premises.   In addition, some energy suppliers have not yet developed their smart meter prepayment systems. The risks also include customer resistance to the installation of smart meters, the need for suppliers and others in the industry to resolve outstanding technical issues, the readiness of suppliers, network operators and the supply chain for large-scale installation, and the robustness of the data security and privacy arrangements.

Although the foundation stage of the Programme has allowed suppliers to test and trial smart metering equipment, only two of the big six suppliers have installed a significant number of meters.

The Department considers the likelihood of the risks materializing to be low, but their potential impacts are high. The Department is relying on suppliers’ commercial incentives and competition in the industry to ensure that suppliers achieve universal roll-out efficiently. It has worked with security experts to establish controls aimed at securing data security and privacy.

Since 2011, the total net benefits from the Programme have reduced from £8.3 billion to £6.2 billion, primarily as a result of the one year delay to the completion of mass roll-out, but the benefit-cost ratio for the Programme to 2030 has remained at around £1.60 of benefit for every £1 spent. The Department’s economic case has allowed £1.5 billion for higher than expected costs.

The Department must retain ownership of the Programme’s key risks, ensure that roles and accountabilities are clear and make appropriate use of its powers to manage the risks, costs and benefits of the Programme.