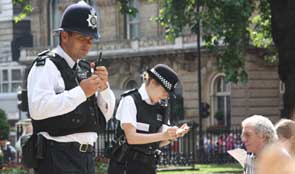 The Emergency Services Network is one of the most technologically advanced systems worldwide and is set to replace the existing emergency services communication system, Airwave. However several risks have been highlighted.

“The need to save money and get out of a difficult commercial relationship has led the government to try and move to an approach that is not yet used nationwide anywhere in the world. The programme remains inherently high risk and while steps have been taken to manage these risks we are concerned that these are under-rated in the Home Office and elsewhere. The programme needs to put in place more independent testing and assurance regimes for its technical solution and urgently improve its approach to engaging with the emergency services.”

The Government is seeking to upgrade the radio system used by the police, fire and ambulance services with a system that is not yet in use nationwide anywhere in the world, and therefore carries significant implementation risk, according to the National Audit Office.

The communication systems used by our emergency services can literally make the difference between life and death for members of the public and the services themselves. The current communication service, Airwave, has served the emergency services effectively, and has averaged 99.9% availability since April 2010. It is, however an expensive system, costing £1,300 per handheld or vehicle-mounted device per year, and its data capabilities are poor. In addition, a deteriorating commercial relationship with Airwave after 2010 meant that the government did not believe an extension or re-procurement would offer value for money. The Government has been looking at options to replace Airwave when the contracts expire, and has set up the Emergency Services Mobile Communications Programme to carry out this work. The Government’s chosen option to replace Airwave is known as the Emergency Services Network (ESN).

ESN is inherently high risk. It is expected to save money by using parts of an existing commercial 4G network, that of EE. International comparison work, commissioned by the NAO, has concluded that the proposed ESN solution is the most advanced in the world, with only one other country – South Korea – seeking to deploy a similar solution. There are significant technical challenges that the programme needs to overcome including working with EE to increase the coverage and resilience of its 4G network so that it at least matches Airwave and developing handheld and vehicle mounted devices as no devices currently exist that would work on ESN.

According to the NAO, ESN is the right direction strategically and the benefits of ESN should be substantial but the business case is overly optimistic in its valuation of these. The programme’s planned approach to delivery should maximise these benefits, if successful, but has also maximised the risk. The programme expects to spend £1.2 billion setting up ESN by March 2020 before it starts to realise benefits. After this time, ESN will cost an estimated £500 less than Airwave per device per year and will have better data capabilities, allowing the emergency services to operate more effectively.

The ESN programme has an energetic, delivery-focused culture that has helped it retain staff and manage issues as they have emerged. Nevertheless, the programme is at least five months behind the schedule agreed a year ago and has responded by squeezing the time available rather than extending the overall timeframe. Its management of its key risks needs to improve if it is to deliver ESN successfully, including: the programme’s approach to technical assurance and testing; user engagement and more clarity on the contingency arrangements for extending Airwave. The programme’s eventual success, however, depends on the emergency services and other users choosing to transition to and make full use of ESN. The programme is not intending to force the emergency services to transition to ESN but has instead assured them that they can stay on Airwave until ESN is “at least as good as Airwave”. According to the NAO, defining this is complex and leaves room for disagreement.