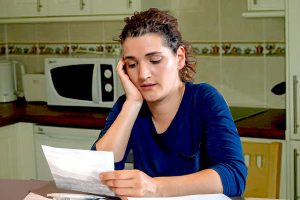 Regulators and government need to work together better to ensure that vulnerable consumers get the support they need.

"A significant number of vulnerable consumers are particularly susceptible to bad outcomes or experiences from regulated services such as energy, water, communications and financial services. It can mean disproportionately high bills, lack of access or choice, and debt.Regulators have improved their understanding of vulnerability, and have made some progress in working with their industries to improve support for vulnerable consumers. Regulators and government, however, need to work closer together to clarify their respective responsibilities if overall support for vulnerable consumers is to be value for money.”

Regulators¹ in the water, energy, telecommunications and financial services sectors could do more to support the increasing number of vulnerable consumers, according to the National Audit Office.

Consumers spend around £136 billion annually on energy, water, telecommunications and retail financial services. Vulnerable consumers are those who, because of their circumstances, are particularly susceptible to harm or disadvantage. This is especially the case where someone’s financial position means that they struggle to pay for essential services. The Money Advice Service found in 2015 that 32% of UK adults would be unable to pay an unexpected £300 bill without cutting back on essentials. This rose to 50% or more for those who were unemployed, receiving benefits or living in social housing.

The number of vulnerable consumers is potentially high, and many conditions that may cause vulnerability are projected to increase due in part to an ageing population. The number of people with dementia, for example, is projected to rise from 0.9 million to 2.0 million by 2050. Vulnerability is difficult to define precisely, as it can depend heavily on circumstances. But certain groups seek substantially more help from support organisations than others, particularly single parents, the unemployed, those in debt or those with cognitive impairments, mental health issues or multiple disabilities.

The impact on individuals of being in a vulnerable position can be significant and cut across many services. For example, around 3 million disabled people have been denied insurance or charged extra because of their condition. The most prevalent issue for consumers is dealing with debt. An estimated 8 million people are over-indebted, with expected rises in household debt potentially putting further pressure on finances, and an estimated 310,000 households may be using illegal money lenders because of limited or no access to legal credit.

The problems faced by vulnerable consumers can potentially increase their reliance on public services such as benefits or care. There is no overall estimate of the impact of this on the public purse. The NAO found that the groups most likely to seek help for problems with regulated services were also highly likely to receive state support, in particular unemployment benefits or social housing. While the regulators, through recent research, have improved their understanding of vulnerability in each sector, they have not quantified the impact of problems, or how the issues are changing over time.

The NAO found that the respective responsibilities of regulators and government are not sufficiently clear. Regulators’ duties to protect vulnerable consumers can conflict with other measures designed to benefit consumers in general, and regulatory interventions alone can be insufficient to protect all vulnerable consumer groups. For example, intervening to prevent large price differences between deals might adversely affect competition, but many vulnerable groups are substantially less likely to switch to cheaper deals.

Regulators recognise the need to work together more closely, but progress to date has been limited. The work of the UK Regulators Network, which brings together a number of regulators has focused on affordability pressures and better use of company data to identify those in vulnerable circumstances. Firms’ conduct is particularly important as they, not the regulators, have the direct relationship with customers. Proactive firms are improving support to vulnerable consumers, but less engaged firms have made limited progress.

The NAO found that industry-wide regulatory interventions are often limited and inconsistent in reach and impact. Universal services help vulnerable consumers access services, but are not comprehensive. Water disconnection is illegal, and energy companies now rarely disconnect consumers. However, 1.6 million prepayment customers self-disconnect their energy supply at least once a year because they do not or cannot top up their meters. Discount schemes such as social tariffs are also inconsistent. The water, energy and landline telephone industries offer discounted prices for customers on low incomes. However, eligibility criteria vary by company and sector rather than need, awareness can be low, and uptake inconsistent. There are 2.2 million Warm Home Discount customers in energy, compared with an estimated 350,000 on social tariffs in telephone services and 260,000 on discount schemes in the water sector.

There are no comprehensive data held by companies, regulators or complaints bodies on the experiences of vulnerable consumers or the impact of regulatory intervention that would allow a joined-up approach to understanding common issues or groups of consumers facing particular difficulties. A number of different organisations collect data on consumers raising complaints, but do not record the information they collect on complainants in a comparable way.

The regulators do not have a good enough understanding of the costs to businesses of activities to support vulnerable consumers to understand companies’ incentives to provide support and any cross-subsidies that may result. Regulators also have to balance consumer protection responsibilities with the need to avoid excessive costs that are passed back to customers through increased prices.