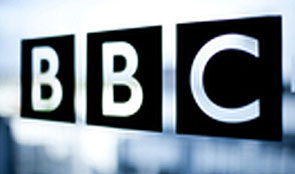 The BBC has improved the value for money of its activity, but there is scope to make improvements, particularly on licence fee evasion and the incomplete transition programme.

Nick Prettejohn, Chair of the BBC Trust’s Value for Money Committee, said: "The National Audit Office’s report sets out how the BBC has raised more revenue and cut the costs of licence fee collection, while also improving the reputation of TV Licensing, and I welcome the report's conclusions.There is more that can be done to make further improvements and deliver better value for money for the public, including in tackling the small minority who try to avoid paying the licence fee and setting realistic targets on licence fee evasion. The new BBC Board should closely monitor the BBC’s performance as it implements the National Audit Office’s recommendations." "The BBC has made progress against most of its main performance targets for collecting the licence fee, increasing revenue every year since 2010-11, and reducing collection costs by 25% over the same period. It has, however, had less success achieving its aim to reduce licence fee evasion. In fact, the evasion rate is higher than was previously thought and it is now unlikely that the 2011 aspiration to reduce it to 3.95% will be achieved. The BBC has scope to improve further the value for money of licence fee collection."

The BBC has performed well in collecting the licence fee, having increased the amount of revenue it collects, reduced collection costs and improved its reputation overall. It has, however, performed less well in reducing evasion, according to the National Audit Office.

The BBC is responsible for issuing TV licences and collecting the licence fee. It holds contracts with various providers for activities related to collection, the two largest of which are with Capita and Proximity. TV licence fee revenue has increased every year since 2010-11, from £3.51 billion to £3.74 billion in 2015-16. This increase was in spite of the cost of the TV licence being frozen since 2010. Today’s report also finds that the cost of collecting the TV licence fee fell by 25% in real-terms between 2010-11 and 2015-16, to £99.6 million. Furthermore, performance measures relating to reputation have improved, and the volume of complaints has halved, since 2010.

Today’s report finds that the BBC’s estimated evasion rate (the percentage of premises that should have a TV licence but do not) was between 6.2% and 7.2% at the end of 2015-16. In 2015-16, the estimated evasion rate increased, mainly because of changes in the Broadcasters’ Audience Research Board’s (BARB’s) calculation of the number of households that use a TV.
This means that the BBC and Capita now believe their 2011 aim of 3.95% evasion by 2020 is unlikely to be achieved. Every one percentage point reduction in the evasion rate equates to around £40.5 million of extra revenue, which means that reducing evasion to 3.95% would increase the BBC’s annual revenue by at least £91 million.

While the overall operational performance of TV Licensing has largely improved through using more efficient, cost-effective customer services, fewer evaders have been caught on visits to premises in recent years, despite increased numbers of visits. Of 3 million enforcement visits in 2015-16, around 298,000 resulted in an evader being caught. This was 18% fewer evaders than were caught in 2010-11. The BBC and Capita explain this performance as, in part, being caused by challenges recruiting and retaining staff, and, in part, due to visits being focused on a more challenging group of delayers and evaders than in the past.
According to the NAO, the BBC’s commercial arrangements with Capita and the other provider Proximity show a number of elements of good practice. Furthermore, TV Licensing’s marketing and campaigns, primarily contracted to Proximity, are well developed.

Alongside day-to-day services, Capita was supposed to modernise data and technology systems through a transition programme. Despite certain improvements, this part of the contract has faced major difficulties, with the BBC paying Capita only £22.9 million out of a £50.7 million budget. Capita has made improvements through the transition programme including updating the TV Licensing website and upgrading handheld units for field staff, but the programme failed to update legacy ICT systems by a target date of July 2016. The programme has now been stopped. As a result, it is currently more resource-intensive than intended to support TV Licensing’s understanding of customer behaviour and the realisation of efficiencies has been delayed as the BBC reconsiders its approach.

The NAO recommends that the BBC should update its analysis of the minimum level of licence fee evasion that is possible (the ‘evasion floor’) to identify a current, realistic and achievable ambition.