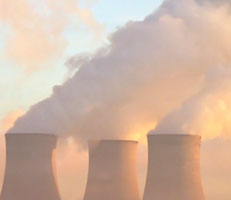 Carbon capture and storage: lessons from the competition for the first UK demonstration

This competition was launched in 2007 with insufficient planning and recognition of the commercial risks and cancelled four years later. With commercial scale carbon capture and storage technology still to be developed, DECC must learn from the failure of this project.

"In the context of value for money, developing new technologies is an inherently risky undertaking. Taking calculated risks is perfectly acceptable if those risks are managed effectively; but in this case DECC, and its predecessor, took too long to get to grips with the significant technical, commercial and regulatory risks involved. "Four years down the road, commercial scale carbon capture and storage technology has still to be developed. The Department must learn the lessons of the failure of this project if further time is not to be lost, and value for money achieved on future projects."

The National Audit Office has today reported on the competition, cancelled in October 2011, to design, construct and operate the UK’s first commercial-scale carbon capture and storage project.

The competition was launched in 2007 by the then Department for Business, Enterprise and Regulatory Reform. It was cancelled four years later by the Department of Energy and Climate Change on the grounds of protecting value for money and because the project could not be funded within the £1 billion budget agreed at the 2010 Spending Review. Today’s report concludes that the competition had been a high risk and challenging undertaking launched with insufficient planning and recognition of the commercial risks.

However, the results of engineering and design studies completed by bidders, upon which the Government spent £40 million (63 per cent of the £64 million it spent in total on the competition), may help to reduce the costs of future carbon capture and storage projects. The cost of the competition was relatively small compared to the investment required to develop CCS at commercial scale and the competition has increased the Department’s experience in this field and understanding of project costs. DECC now plans to pursue other carbon capture and storage projects using the £1 billion capital fund. The NAO has made recommendations for the Department to address in its future programme.

The former Department for Business, Enterprise and Regulatory Reform had wanted industry to take up a commercial contract for a large and potentially costly developmental project, even though there was considerable uncertainty over its design and costs.

Neither DECC nor its predecessor engaged sufficiently early with the commercial risk involved. During the competition, DECC’s decisions to continue were not informed by detailed consideration of the probability of reaching acceptable contract terms and the time lost should the competition not succeed. The inability to agree mutually acceptable terms with all members of the consortium contributed to DECC’s decision to cancel the competition. For its new programme, the Department needs to understand fully its commercial proposition to industry.

Lack of clarity over government finance for the project delayed the early stages of the competition. When a capital budget was decided in October 2010, there was no agreement on government funding for operational costs. For its new programme, the Department and Treasury should be clear on the public investment available and establish any affordability constraint.