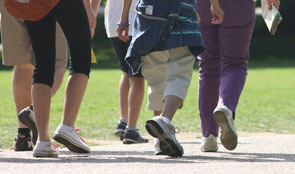 The government has made a commitment to improve support for young people leaving foster or residential care in England but the system is not working effectively.

“Addressing the poor life outcomes of young people leaving care is a longstanding problem. The cost of their not moving into adulthood successfully is high. The government has made a commitment to improve the support for these young people but the outcomes for many have been deteriorating over the last seven years.The government knows the scale of the challenge. Stronger central and local leadership is urgently required to get a grip on this problem.”

The system for supporting young people leaving foster or residential care in England to live successful independent lives is not working effectively, according to the National Audit Office. This is despite the fact that there is a clear legal framework and an inspection regime in place. The numbers of care leavers in employment, education and training have deteriorated since 2007-08.

In 2013-14, over 10,000 young people aged over 16 left care, an increase of almost 50% since 2003-04. Moreover, 33% of those aged 16 or over who left care did so before their 18th birthday. The government wants to ensure that care leavers get the same care and support that their peers would expect from a reasonable parent, such as help finding a job or setting up home. However, those leaving care may struggle to cope with the transition to adulthood and may experience social exclusion, unemployment, health problems or end up in custody. Care leavers have had these problems for a long time.

Only half of children in care have emotional health and behaviour that is considered normal and this poses additional challenges when adapting to life after care. In 2013, 50% of young people were still living with their parents at the age of 22. But young people in care have to leave by their 18th birthday and some have to live independently as soon as they leave care.

In 2013 the government published the Care Leaver Strategy, setting out how it planned to improve support for care leavers. In the same year the Department for Education introduced its Staying Put policy to help care leavers stay with foster carers until the age of 21. These were positive steps but it is too early to assess their effect and there is no reliable information to monitor the lives of care leavers over time.