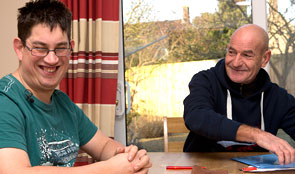 Care services for people with learning disabilities and challenging behaviour

The Government did not meet its goal of transferring by 1 June 2014 all people with learning disabilities and challenging behaviour, for whom it was appropriate, from mental hospitals into the community.

“The process of moving people with learning disabilities and challenging behaviour out of hospital, where appropriate, is complex and defies short-term solutions. Unless all parts of the health and social care systems work effectively together, it is unlikely to happen. NHS England has made a disappointingly slow start to this task. Although it has now increased its activity, there are formidable care, organizational and service hurdles to overcome in establishing a new model of care in more appropriate settings.”

The Government has not met its central goal of moving people with learning disabilities and challenging behaviour out of hospital by 1 June 2014, because it underestimated the complexity and level of challenge in meeting the commitments in its action plan.

Following the exposure in May 2011 of abuse of patients at the Winterbourne View Hospital, the Department of Health set out its action plan in the ‘Winterbourne View Concordat’.  At the time the Concordat was published in December 2012, the Government had not determined the scale of the challenge involved in increasing the capacity of community placements. According to the NAO, the absence of reliable data on the number of people in mental health hospitals complicated the task of discharging inpatients. At September 2014, there were 2,600 inpatients with learning disabilities in mental health hospitals.

When the Concordat was published, the Government did not have information on the ability of local commissioners to put in place the bespoke community placements and personalised care plans required to manage patients’ risks effectively, and prevent patient readmission. Nor had the Government analysed the reasons for new patient referrals to mental health hospitals (including the impact on the total inpatient mental health population) or quantified the resources needed to accelerate patients’ readiness for discharge, to meet the 1 June 2014 target date.

In line with the Health and Social Care Act 2012, the Government left it to NHS England and local health and social care commissioners to determine how to meet the Concordat commitments. Therefore, the Government could not compel those responsible for delivery to implement the necessary changes, such as through pooling budgets or ring-fencing funding. Funding does not currently follow the patient with learning disabilities when they are discharged from hospital. There is no financial incentive for local commissioners to bring such patients home. They have to bear the additional costs of expanding local community services to meet the patients’ needs, following discharge from hospital, when NHS England had centrally funded patients’ care in mental health hospitals.

NHS England has regularly reviewed the status of the 48 patients who had been resident at Winterbourne View Hospital at the time of its closure in June 2011. The latest review, between January and June 2014, showed that 10 people were still in hospital; 20 were living in residential care; 5 were living in supported housing; 12 had their own tenancy; and one had died.

NHS England now has an ambition to discharge 50 per cent of the population of 2,600 in-patients with learning disabilities and challenging behaviour to more appropriate care settings by 31 March 2015. Some patients have already been discharged, but there is so far no timetable or ambition to reduce the inflow of inpatients with learning disabilities into mental health hospitals, or to close mental health hospitals.