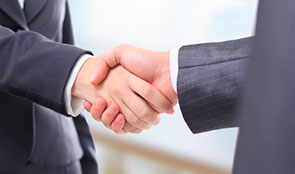 Case study on integration: Measuring the costs and benefits of Whole-Place Community Budgets

By operating in a more integrated way, government could reduce inefficiencies in public services and deliver a better service to citizens. A case study on the Whole-Place Community Budget pilots points to the potential benefits on offer where public services are integrated more effectively.

“Given the imperative for further cost reduction in government, it is important that departments make the most of the potential of integrating frontline services and back office functions. But, across government, the amount of collaboration varies considerably and it is not clear who is taking the lead in identifying the most promising opportunities." “The community budgets concept, like ‘Total Place’ before it, aims to use funding flexibly to meet local needs. The difference this time is that government is trialling this method properly. We encourage government to continue to work closely with local areas to understand fully what works and what doesn’t.”

By operating in a more integrated way, government could reduce inefficiencies in public services and deliver a better service to citizens, according to an NAO report released today. Accompanying the report, the spending watchdog has released a case study looking at the four Whole-Place Community Budget areas, finding that these areas have taken a positive first step in assessing the case for integration.

Previous NAO reports have highlighted significant potential for financial savings and service improvements. For example, more efficient and better coordinated use of office space could reduce central government property costs by £650 million a year by 2020. Each of the areas in the Whole-Place Community Budgets scheme has identified potential benefits from taking a more integrated approach to frontline services, focusing on outcomes like preventing avoidable hospital admissions or reducing reoffending. Greater Manchester, which covers ten local authorities, has estimated net savings of some £270 million over five years, while in West Cheshire savings of £56 million are estimated for the same period.

In the 17 departmental business plans published in May 2012, 24 per cent of departments’ 444 ‘actions’ referred to joint working with other departments. NAO analysis suggests there are varying degrees of collaborative working across departments. While the centre of government has recognized the importance of integration, it does not have clearly defined responsibilities to support or encourage frontline integration initiatives across government.

While it is early days for Whole-Place Community Budgets, central government and the four local areas have worked together effectively to assess the case for local service reforms.

The true scale of potential benefits will become clear only if projects are implemented and evaluated robustly. Foundations have been laid but continuing collaboration – including sharing of data – between local and central government and delivery partners is essential to maximize the potential of Whole-Place Community Budgets. There is some room for improvement. For example, local areas recognized that in some cases they needed better information on the costs and effectiveness of current services, to mitigate the risk of over or under-estimating the benefits of change.