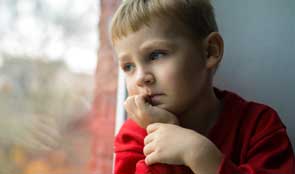 Children in need of help or protection

The Department for Education recognised since 2010 that child protection services are not good enough but its subsequent response has not yet resulted in better outcomes. Spending on children's social work, including on child protection, varies widely across England and is not related to quality. Neither the DfE nor authorities understand why spending varies.

"Six years have passed since the Department recognised that children's services were not good enough. It is extremely disappointing that, after all its efforts, far too many children's services are still not good enough. To achieve its new goal of improving the quality of all services by 2020 the Department will need to inject more energy, pace and determination in delivering on its responsibilities."

The actions taken by the Department for Education since 2010 to improve the quality of help and protection services delivered by local authorities for children have not yet resulted in services being of good enough quality, according to the National Audit Office.

Demand for help or protection is rising. As of 31 March 2015, 3% (391,000) of children under the age of 18 in England were assessed as being in need of help or protection. In 2013-14, there were 2.3 million initial contacts (up 65% since 2007/08). Over the past ten years there has been a 124% increase in serious cases where the local authority believes a child may be suffering, or likely to suffer, significant harm. The most common risks to a child’s welfare are domestic violence and mental health concerns.

Nationally the quality of help and protection for children is unsatisfactory and inconsistent, suggesting systemic rather than just local failure. Ofsted has found that almost 80% of authorities it has inspected since 2013 are not yet providing services rated as Good to help or protect children. Good performance is not related to levels of deprivation, region, numbers of children or the amount spent on children in need. Ofsted will not complete the current inspection cycle until the end of 2017, a year later than originally planned. The Department does not therefore have up-to-date assurance on the quality of services for 32% of local authorities.

Children in different parts of the country do not get the same access to help or protection. The NAO found that thresholds for accessing services were not always well understood or applied by local partners such as the police and health services. In Ofsted’s view some local thresholds were set too high or low, leading to inappropriate referrals or children left at risk. According to today’s report, in the year ending 31 March 2015 there were very wide variations between local authorities in the rates of referrals accepted, re-referrals, children in need and repeat child protection plans.

In 2010 the Department recognised that child protection services were not good enough but its response has not yet resulted in better outcomes. The Department commissioned a review by Professor Munro on how to improve the system for child protection and accepted most of her recommendations. In 2012, it began to publish and collect more information to help local authorities assess their performance. The Department also launched a programme to reform social work, revised statutory guidance, established the first two children’s social care Trusts and provided over £100 million funding for the Innovation Programme (to encourage new approaches and share good practice). However, Ofsted inspection results are not yet showing a marked improvement. In July 2016 the Department published its plans to transform all children’s services by 2020. The Department’s goal is that all vulnerable children, no matter where they live, receive the same high quality of care and support.

The Department’s interventions to improve failed local services for children are neither risk-based nor early enough. The Department only intervenes when Ofsted has already found services to have failed local children. It does not plan to use performance information to anticipate risks of failure. Neither the Department nor the 23% of authorities rated Good yet have the capacity and capability to intervene effectively on a wider scale.

The Department faces significant challenges in transforming children’s services, not least how to integrate this with a concurrent transformation of its wider operations by the end of 2017. It is critical that the Department learns from good practice and mistakes elsewhere in government. For example, the Youth Justice Board made improvements to the youth justice system which have led to reductions in recorded youth crime.