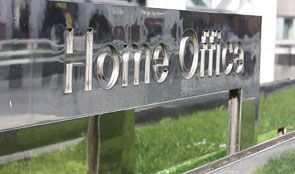 COMPASS contracts for the provision of accommodation for asylum seekers

G4S and Serco, two of the new providers awarded Home Office contracts to provide accommodation for asylum seekers in the UK, struggled to get the contracts up and running.

“The transition to the COMPASS contracts happened during a demanding period for the Home Office. However, many of the problems that arose remain and are continuing to affect the performance of G4S, Serco and Clearel. Until they are resolved, it will be difficult for the Home Office, providers and local authorities to develop the mature relationships needed to achieve the envisaged savings and an effective service.”

G4S and Serco, two of the new providers awarded Home Office contracts to provide accommodation for asylum seekers in the UK, struggled to get contracts up and running owing to negotiating difficulties with existing housing suppliers. This has resulted in poor performance, delays and additional costs for the Home Office, according to a National Audit Office investigation published today.

In 2011-12, the cost to the Home Office of providing accommodation for asylum seekers was £150 million. In March 2012, the Home Office signed six new contracts called COMPASS (Commercial and Operating Managers Procuring Asylum Support) with three providers – G4S, Serco and Clearel – aiming to save around £140 million over seven years. In 2012-13, it achieved a saving of £8 million.

Although overall performances are now improving, two of the providers, G4S and Serco, are still failing to meet some of their key performance targets, notably relating to the standards of property and the time taken to acquire properties for asylum seekers.

In three regions – the North West; Midlands and East of England; and North East, Yorkshire and the Humber – transition to the new contracts took longer than originally planned, up to three months in some cases. Clearel was the only contractor to meet the original September 2012 deadline for completion of transition in both of its regions. G4S and Serco struggled throughout  the transition period to establish a robust and reliable supply chain of housing using existing housing providers and to source new houses. This resulted in delays to transition and continued uncertainty for asylum seekers.

Of the 20,000 asylum seekers housed by the Home Office at the time of transition to the new contracts, around 90 per cent were able to stay in their existing accommodation. Some of those who were asked to move received mixed messages, and communications were not routinely translated, risking gaps in understanding among those affected.

Today’s report also reveals that commercial negotiations are still underway over whether the contracts need to change, what additional costs have been incurred by the Home Office and what rebates to the Home Office from the providers should be applied for poor performance.

The providers believe the information supplied to them by the Home Office during procurement was inadequate in some areas and has resulted in some of the difficulties now faced in running the service. For example, historical information on demand and the service user population does not match the reality the providers are facing, with take-up of asylum accommodation higher than the Home Office predicted.