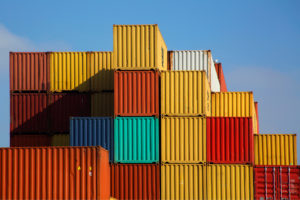 Growing UK exports is an important element of the government’s industrial strategy through which it aims to boost productivity and growth by helping businesses create better, higher-paying jobs and by investing in skills and infrastructure. In 2018, the government published its export strategy setting out how the government will support businesses of all sizes to make the most of opportunities presented by markets around the world. It also emphasised that supporting exports is a vital part of government’s strategy for a global Britain following the UK’s exit from the EU. In particular, the export strategy announced a new national ambition to raise exports as a proportion of GDP from 30% to 35%.

The Department for International Trade (DIT) was established in 2016 in response to the UK’s decision to leave the EU. DIT has primary responsibility for delivering the UK’s independent trade policy, including maintaining trade access to international markets, supporting and strengthening the multilateral trading system and creating new trading opportunities. DIT works closely with UK Export Finance (UKEF) – the UK’s official export credit agency. UKEF helps UK companies to win contracts by providing attractive financing terms to their overseas buyers, to fulfil contracts by supporting working capital loans, and to get paid by insuring against buyer default.

This report examines DIT and UKEF’s progress to date and performance against their overall export support objectives. Specifically, we have assessed:

DIT and UKEF will play a key role in taking forward the UK’s international trade policy as the UK leaves the EU. Since its formation, DIT has taken over trade functions from predecessor departments as well as from the EU. It has made a good start in developing a strategy and the operating arrangements it needs to support export growth, and UKEF has expanded its offer of export finance to support UK businesses while remaining within the financial limits and controls it is set by HM Treasury.

However, both DIT and UKEF face significant challenges and will need to work together to strengthen their approach to ensure that they achieve value for money over time. It is not clear whether DIT is focusing its efforts and resources in the regions and sectors where there are the greatest opportunities to support UK businesses. DIT has developed a framework for measuring its performance, but it is not clear how direct the link is between DIT’s performance and the government’s 35% of GDP export growth ambition, which can be influenced by a number of factors, some of which are outside of government’s control.