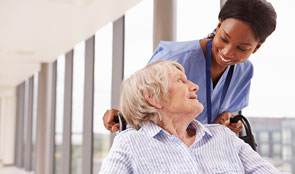 There are currently far too many older people in hospitals who do not need to be there. Without radical action, this problem will worsen and add further financial strain to the NHS and local government.

“The number of delayed transfers has been increasing at an alarming rate but does not capture the true extent of older people who should not be in hospital. While there is a clear awareness of the need to discharge older people from hospital sooner, there are currently far too many older people in hospitals who do not need to be there. Without radical action, this problem will worsen and add further strain to the financial sustainability of the NHS and local government.”

The health and social care system’s management of discharging older patients from hospital does not represent value for money, according to the National Audit Office. The spending watchdog estimates that the gross annual cost to the NHS of treating older patients in hospital who no longer need to receive acute clinical care is in the region of £820 million.

Longer stays in hospital can have a negative impact on older patients’ health as they quickly lose mobility and the ability to do everyday tasks. Keeping older people in hospital longer than necessary is also an additional and avoidable pressure on the financial sustainability of the NHS  and local government. NHS guidance is that patients are moved out of acute hospital as soon as it is clinically safe to do so; it is important to achieve the correct balance between minimising delays and not discharging a patient from hospital before they are clinically ready. Caring for older people who no longer need to be in hospital in more appropriate settings at home or in their community instead could result in additional annual costs of around £180 million for other parts of the health and social care system. This would reduce the potential savings of £820 million arising from discharging patients earlier from hospitals.

Today’s report found that, while some efforts to rectify the situation have been made, an ageing population and more older people being admitted to hospital means there needs to be a step change in performance to resolve the problem. Data on delayed transfers of care substantially under-estimate the range of delays that patients experience. Over the past two years the official data shows there has been an increase of 270,000 (31%) in days in acute hospitals when beds have been occupied by patients who have had their discharge delayed unnecessarily, to the current figure of 1.15 million days. These figures, however, only account for delays after clinicians and other professionals deem a patient to be ready for discharge, and does not include all patients who are no longer in need of acute treatment. Based on evidence gathered by the NAO, the true figure for patients aged 65 and older who are no longer benefiting from acute care could be as high as 2.7 million days.

In 2014-15, the percentage of older people admitted to hospital after attending A&E was 50%, compared to 16% for those aged under 65. Although overall length of stay for older patients following an emergency admission has decreased from 12.9 to 11.9 days in the last five years, suggesting improved efficiency, the overall number of bed days resulting from an emergency admission has still increased by 9% from 17.8 million to 19.4 million days.

Workforce capacity issues in health and social care organisations are making it difficult to discharge older patients from hospital effectively. Across the health and social care system, providers and commissioners said that staff recruitment and retention were a significant cause of delays: vacancy rates for nursing and home care staff were up to 14–15% in some regions, and fewer than half of hospitals felt they had sufficient staff trained in the care of older patients. Health and social care organisations are also not sharing patient information effectively, despite a statutory duty to do so.

In addition, while hospitals are financially incentivised to reduce discharge delays, there is no similar incentive for community health and local authorities to speed up receiving patients discharged from hospital.

Among the NAO’s recommendations is that the Department of Health, NHS England and NHS Improvement should set out how they will break the trend of rising delays against the demographic challenge of growing numbers of older people.