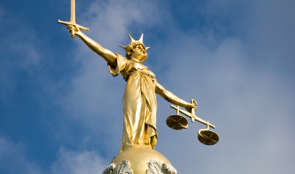 Efficiency in the criminal justice system

Despite some improvements in the management of court cases, around two-thirds of criminal trials do not proceed as planned on the day they are originally scheduled. Delays and aborted hearings create extra work, waste scarce resources and undermine confidence in the justice system.

“Delays and aborted hearings create extra work, waste scarce resources, and undermine confidence in the system. Some of the challenges are longstanding and complex – others are the results of basic avoidable mistakes. The ambitious reform programme led by the Ministry, HMCTS, CPS and Judiciary has the potential to improve value for money by providing tools to help get things right first time, but will not in itself address all of the causes of inefficiency. It is essential that the criminal justice system pulls together and takes collective responsibility for sorting out the longstanding issues.”

The National Audit Office has found that although the management of cases has improved since 2010, the criminal justice system is not currently delivering value for money.

The NAO found, however, that two-thirds of cases still do not progress as planned, and there is significant regional variation in the performance of the system. A victim of crime in North Wales has a 7 in 10 chance that the trial will go ahead at Crown Court on the day it is scheduled, whereas in Greater Manchester the figure is only 2 in 10. The large variation in performance across the country means that victims and witnesses will experience very different levels of service. Trials that collapse or that are delayed create costs for all the participants, including the Crown Prosecution Service (CPS), victims, witnesses, defence lawyers and Her Majesty’s Courts and Tribunals Service (HMCTS).

In 2014-15, the CPS spent £21.5 million on preparing cases that were not heard in court.  Of this £5.5 million related to cases that collapsed due to ‘prosecution reasons’, including non-attendance of prosecution witnesses and incomplete case files. Backlogs in the Crown Court increased by 34% between March 2013 and September 2015, and waiting time for a Crown Court hearing increased from 99 days to 134 over the same period.

Inefficiencies are created where individuals and organisations do not get things right first time, and problems are compounded because mistakes often occur early in the life of a case and are not corrected. While there can be multiple points of failure as cases progress through the system, these mistakes are often not identified until it is too late. A joint 2015 inspection by HMIC and HMCPSI found that 18.2% of police charging decisions were incorrect. Such decisions should be picked up by the CPS before court, but 38.4% of cases were not reviewed before reaching court.

The Ministry and CPS are leading an ambitious reform programme which includes enabling more efficient digital working and the roll-out of a single digital case management system accessible by all parties. According to the NAO, this will provide the tools for a more efficient, less paper-based system, but it is not sufficient on its own:

The system as a whole is inefficient because its individual parts have strong incentives to work in ways that create cost elsewhere. For example, courts staff acting under judicial direction, seek to ensure that courts are in use as much as possible by scheduling more trials than can be heard so that there are back ups when one trial cannot proceed. This is both a cause and a result of the inefficiencies in the system, and leads to costs elsewhere, such as witnesses who spend a day waiting to give evidence for a trial that is not then heard.