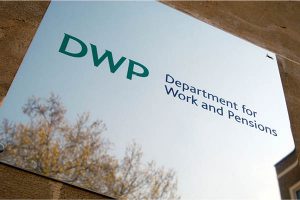 This report examines how well DWP's Kickstart scheme was implemented, and whether it is having the intended positive impact.

The Department for Work & Pensions (the Department) launched the Kickstart Scheme (Kickstart) in September 2020 in response to a significant forecast rise in youth unemployment as a result of the COVID-19 pandemic. As initially announced, Kickstart aims to “create hundreds of thousands of high-quality six-month work placements aimed at those aged 16–24 who are on Universal Credit and are deemed to be at risk of long-term unemployment.”

Kickstart funds employers to create jobs for young people. Each job must provide a minimum of 25 hours work per week at the relevant minimum wage. Kickstart has a budget of up to £1.9 billion and the Department aimed to support up to 250,000 participants to start jobs by December 2021, when the scheme was originally scheduled to close. It is the Department’s flagship employment support programme for young people, and its most expensive intervention, on a per-person basis, across the full range of employment support schemes it currently offers. In October 2021, the Chancellor of the Exchequer announced that Kickstart would be extended so that new job placements could start up to the end of March 2022, with the scheme finally closing in September 2022.

Our June 2021 report, Employment support, presented an overview of both the impacts of the COVID-19 pandemic on employment, and the Department’s response.  In this report we examine Kickstart in greater depth, covering the Department’s:

We considered Kickstart in the context of the government’s response to the COVID-19 pandemic and the information available to the Department at the time it took key decisions. We also referred to good practice identified in our past reports and HM Treasury’s Green Book.

The Department developed and launched Kickstart quickly in the summer of 2020 to prevent the pandemic causing a significant rise in long-term youth unemployment and a scarring effect on young people’s opportunities later in life. In the event, the labour market conditions have developed in ways that were not then expected. Repeated lockdowns meant many of the young people who started to claim Universal Credit at the start of the pandemic were on Universal Credit for over a year before the scheme could get going at scale. As the programme did begin to scale up, the economy was reopening, which increased the risk of government subsidising jobs that would have been created anyway. The Department decided to continue the scheme on the basis that it could have a positive impact for the large number of young unemployed.

The overall impact of the scheme depends on the additionality of the jobs funded, the quality of the participant experience, and the targeting of the scheme on those people most likely to benefit. It This will not be fully clear until the Department completes its planned evaluation of participants’ future employment prospects, several years from now. The Department relies heavily on its work coaches to target the right young people for the scheme, and on pre-award checks to make sure the jobs created are additional and include an appropriate level of training and support. However, it conducts relatively little monitoring of these aspects after it has funded each job. This means it has limited assurance that Kickstart is actually having the positive impact intended.