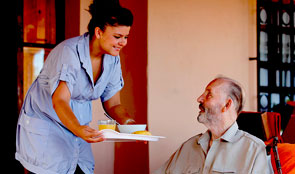 It is important that the Government ensures its compliance programme reflects the changing risks within the labour market, and maintains its progress in ensuring all employers pay the minimum wage.

“With the implementation of the National Living Wage, it is even more important that the government ensures its compliance programme reflects the changing risks within the labour market, and maintains its progress in ensuring all employers pay the minimum wage. The government also needs to reduce the time it takes to investigate complaints and resolve cases.”

Since the government began enforcing the National Minimum Wage in April 1999, HM Revenue & Customs has identified £68 million in arrears for over 313,000 workers, according to today’s report from the National Audit Office. The number of workers identified as being owed arrears in 2015-16 was 58,000 compared to 26,000 in 2014-15.

HMRC has significantly reduced the average time taken to investigate complaints about employers’ non-compliance with the National Minimum Wage, but some complainants (469 or 17% of the caseload) still have to wait over 240 days to get their cases resolved. The NAO’s analysis of HMRC’s caseload (as at December 2015), shows that 72% of open cases are less than 120 days old compared to 42% in December 2013. The time taken to investigate complaints varies considerably and depends on a number of factors such as the complexity of cases and the co-operation of the employer.

Today’s report finds that non-compliance with the National Minimum Wage in the social care sector remains a concern. The Low Pay Commission continues to assess this sector as high risk and has previously reported that up to 10.6% of care workers may not be paid the National Minimum Wage. The Department for Business, Innovation and Skills (BIS) re-classified the social care sector as a high priority sector for 2015-16.

The NAO finds that the number of referrals passed to HMRC from the helpline has reduced significantly in the year ending December 2015 from 2,327 in 2015 to 1,340 in 2015. In April 2015, BIS changed the operator of the helpline and is now assessing how this change, and other factors, have affected the number of calls.