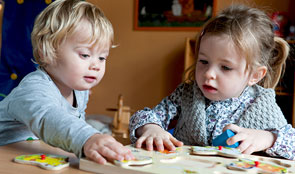 Significant progress has been made in providing 15 hours of free childcare to parents of 3- and 4-year olds, but the Department of Education has not yet achieved full value for money

“Many parents and children are benefitting from the entitlement to free childcare, but the Department does not yet know what long term outcomes it is getting for its investment of nearly £3 billion a year. In rolling out the new entitlement the Department should use and evaluate its pilots to make sure that certain groups do not inadvertently lose out. It is particularly important that the number of disadvantaged 2-year-olds accessing free childcare continues to rise, in line with the Department’s own aspirations.”

The Department for Education has made significant progress in providing 15 hours of free childcare to more parents of 3- and 4-year olds and parents of disadvantaged 2-year-olds, according to the National Audit Office. It has not yet, however, achieved full value for money because it cannot track the effectiveness of its substantial investment of £2.7 billion.

Most parents of 3- and 4-year olds take-up free childcare places for their children, and the quality of provision, as measured by Ofsted, has increased in recent years. The Department’s measure of children’s outcomes at age 5 has also shown steady improvement. In 2015, 66% of children reached a good level of development compared to 52% in 2013. However, the Department cannot link this data to the quality of individual childcare settings children have attended, and from 2017 the current measure of development is being halted.

In 2017, the Department will also double the number of hours of free childcare that working families with 3- and 4-year-olds are entitled to, from 15 to 30 hours per week, estimated to affect 390,000 families.

The NAO has identified a number of risks to the successful implementation of the new entitlement to 30 hours of childcare, which the Department will need to consider as it pilots the new offer. The NAO found that childcare settings are concerned about the levels of funding that will be available. Although they are keen to offer the new entitlement, some providers may choose not to if the funding is not right. There is also a risk that childcare settings could choose to offer additional hours to 3- and 4-year-olds by reducing the number of disadvantaged 2-year-olds they look after, as 2-year-olds are more expensive to care for. This would jeopardise the Department’s aims to improve educational and other outcomes for the very children who could benefit most from free childcare.

The 15 hours of free childcare currently offered to parents of disadvantaged 2-year-olds has been in place since September 2013. However, many parents of children in this age group are still not using the entitlement. Only 58% of parents have taken up the offer against the Department’s aspiration for take-up levels between 73% and 77% and some groups are less likely to know it is available. The Department, for example, found lower levels of awareness among Bangladeshi, Somali and Polish communities. There can also be good reasons why parents choose not to use free childcare; for example, some parents believe 2-year-olds are too young to go to nursery.

The review found that funding for free childcare has stayed the same since 2013-14 meaning that providers have faced real-term cuts. The Department has announced new average funding rates at levels which are designed to encourage efficiency, however, it does not know how efficient providers currently are, following the freeze in funding in recent years.