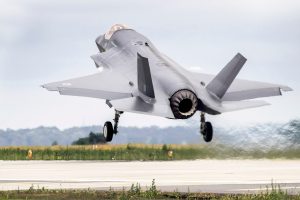 This report examines how far the Ministry of Defence has embedded environmental sustainability in estate management, procurement, governance and policy-making.

Responding to a request by the Environmental Audit Committee (EAC), this report gives an overview of the approach taken by the Ministry of Defence (the Department) to environmental sustainability. This is the sixth in a series of sustainability overviews we have produced for the EAC, each of which examines how different parts of government fulfil their sustainability remit.

The size and range of the Department’s activities make its performance vital to government meeting its’ environmental targets, particularly the Greening Government Commitments (GGCs) to reduce departments’ impact between 2016 and 2020. The GGCs cover emissions, waste reduction, water use, and ‘green’ procurement of goods and services. In 2017-18, the Department was responsible for half of the greenhouse gas emissions reported by central government.

The Department also has significant sustainability impacts outside the scope of the GGCs. For example, emissions associated with operating and supporting armed forces’ equipment are around twice as high as those reported through the GGCs. In addition, over one third of the Department’s estate is made up of sites of special scientific interest, covering a larger area than those of any other government body.

In assessing the Department’s environmental sustainability, this overview looks at:

The Department is critical to the government’s sustainability objectives, due to its size, supply chain, and the amount of land it controls. It has achieved some of the targets set for it through the Greening Government Commitments, including on greenhouse gas emissions, but has made less progress in other important areas. Environmental data in some areas is incomplete or historic. The Department has put in place guidance and methodologies to deliver against its environmental objectives, some of which goes beyond that we have seen in other Departments. However, it lacks the central oversight to gain assurance over whether the activity that is taking place is sufficient to deliver the desired outcomes, or to spread examples of the good environmental practice that we observed during our work. Activities at the local level have been subject to the dictates of a broader health and safety agenda, rather than being seen as being a priority in their own right. It is encouraging that the Department is now carrying out a review of its response to ‘net zero’ under senior leadership.