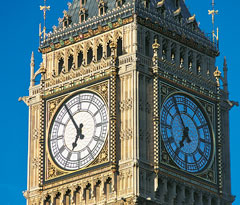 Many new Free Schools have been established quickly and at relatively low cost but the DfE will need to tackle a rising cost trend and systematically learn lessons from problems in a few early wave schools.

“It is still early days in the Free Schools programme but the Department for Education has made clear progress by opening 174 schools, many at relatively low cost. Despite limitations in information, it is also improving its approach with each successive wave of proposals but will need to tackle a rising cost trend as the programme continues to grow. The programme’s success and value for money ultimately depend on how Free Schools perform but lessons must be learned systematically from problems that have arisen in a few early wave schools, especially where these have revealed failures in governance and control.”

The Department for Education has made clear progress in implementing its Free Schools programme by opening 174 such schools since 2010. However, it will need to exert more control to contain rising costs and systematically learn lessons from performance issues in open Free Schools, according to today’s report from the National Audit Office.

Many of these Free Schools – new all-ability state schools set up following proposals from different groups and, as academies, funded directly by the Department for Education – have been established quickly and at relatively low cost and the Department’s assessment of proposals has improved.

However, the primary factor in decision-making has been opening schools at pace, rather than maximizing value for money. The Department has focused on assessing the case for individual schools but is now establishing a wider approach on how, given the costs of the programme, it could maximize its benefits in deciding on which schools to approve.

New approaches have led to much lower average construction costs than in previous programmes but the Department faces a rising trend in capital costs. The Department initially underestimated the total capital funding needed to establish Free Schools and, at £6.6 million a school, the average unit cost of premises is now more than double the Department’s original planning assumption. Its assumption now reflects actual costs. Because the programme is demand-led, there will also inevitably be uncertainty about types of schools and where they will be located.

Free Schools do not yet have a track record of exam results but, by the end of October 2013, 25 had been inspected by Ofsted, with 18 assessed as ‘Good’ or ‘Outstanding’ and 2 rated ‘Inadequate’. Some Free Schools have not attracted as many pupils in their first year as planned. Overall, Free Schools opened with three-quarters of planned admissions in their first year, but there have been significant variations between schools.

Oversight of open Free Schools has evolved, but serious financial management and governance concerns highlighted in two investigations by the Education Funding Agency to date, at Al-Madinah and Kings Science Academy, highlight the risks in some schools, and the need systematically to address lessons learned as the programme develops.