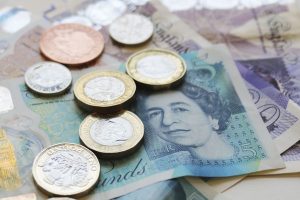 Public and private borrowing are high, kept affordable by record low interest rates, and quantitative easing continues ten years after the crisis it responded to.

"Put simply, public and private borrowing are high, kept affordable by record low interest rates, and quantitative easing continues ten years after the crisis it responded to. There are significant risks to the public finances and any unexpected developments, potentially including consequences of leaving the EU could exacerbate them. In these circumstances, the Treasury needs to constantly monitor these risks and be ready to react quickly and flexibly. It has taken steps to increase its capacity to respond.”

The Treasury, Debt Management Office (DMO) and National Savings & Investments (NS&I) have responded to the government’s need to increase borrowing since the financial crisis and have done so at a relatively low cost, according to the National Audit Office. However, government debt has continued to grow since the financial crisis and managing the public finances has become more difficult.

The process for managing the government’s borrowing needs is well established. The government borrows mainly by issuing government gilts through the Debt Management Office (DMO) and by encouraging savers to invest in National Savings & Investments (NS&I) retail products.

However, risks and uncertainty around revenue and spending, including changes in the economy or government policies, have a considerable impact on borrowing levels. For example, in the 2016 Autumn Statement, the Treasury asked the DMO to raise a further £21 billion over the last quarter of 2016-17, equivalent to a 16% increase on its original remit, due to delays in planned asset sales set out in the 2016 March Budget. This illustrates the challenge the government faces in managing its asset portfolio and predicting the timing and impact of cash raised from sales.

Managing the public finances has become more difficult since the financial crisis and as the range and complexity of assets and liabilities that the government has to manage alongside its spending commitments has increased. Although the Treasury has begun to strengthen its approach to analysing the government’s balance sheet and evaluating fiscal risk, the work is at an early stage.

The Treasury’s approach to forecasting the government’s borrowing needs will require greater sensitivity in the future, particularly given the uncertainty in the public finances arising from leaving the EU and in the eventual unwinding of the Bank of England’s quantitative easing programme, which will require effective coordination to mitigate the risk of disrupting gilt market conditions.

Further, the rising proportion of index-linked gilts has the potential to increase the risks to the public finances from inflation. According to analysis by the NAO, the proportion of index-linked gilts in the debt portfolio has increased from 24% in 2009, to 34% in 2017 (excluding those held by the Bank of England). The Office for Budget Responsibility forecasts that a 1% increase in the Retail Prices Index inflation could increase debt interest costs by £26 billion between 2016-17 and 2020-21. Higher average maturities on index-linked gilts (around 21 years compared to 14 years for conventional gilts) mean the government is exposed to this risk for longer than the rest of the portfolio. This is balanced by the lower initial costs to government of index-linked gilts and the inflation protection provided by conventional gilts.