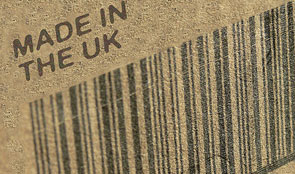 The FCO and UKTI will need to contribute much more effectively to efforts to increase the value of UK exports to £1 trillion a year by 2020.

“If the Government’s ambitious objective of export-led growth is to be pursued vigorously and cost-effectively by the FCO and UKTI, the two bodies will have to make a substantial contribution. To do this, the FCO and UKTI need to adopt tough measurable objectives in terms of actions and results across their global networks, improve evaluation of impact, and work together more effectively.”

The National Audit Office has underlined the need for a substantial contribution by the Foreign and Commonwealth Office and UK Trade and Investment if the Government’s target for increasing the value of UK exports to an annual £1 trillion is to be achieved.

Since 2010, the Government has been increasingly committed to supporting UK exporters abroad and, in the 2012 Budget, announced its ‘ambition’ to double the value of exports by 2020 to £1 trillion a year. However, according to today’s report by the spending watchdog, current performance has been flat over the last two years against a background of weak global demand and, to meet the Government’s ambition, exports will have to grow by 10 per cent year on year.

Many factors which affect export performance are outside the control of the FCO and UKTI, such as exchange rates and political and economic changes overseas. While the UK outperforms Germany, France and Italy in the Gulf, it has not traditionally performed as well in many other emerging markets, such as Russia, Brazil, Turkey and China. Success here is essential if the Government is to meet its target.

Promoting UK exports has been a key FCO objective since 2010 and a long-standing one for UKTI. There is a joint UKTI-FCO Board to oversee coordination of their work overseas but currently there is no further joint accountability for planning, monitoring and delivery against their goal.

UKTI and the FCO have key roles to play in increasing the level of exports and there are examples of their working together effectively overseas. However, their initial responses to the government’s objectives of increasing exports have not been sufficiently coordinated. FCO staff overseas have developed effective approaches to help promote exports, but there needs to be greater sharing of best practice. Traditionally, UKTI performance measures have tended to focus on volume of activity but it is now increasingly looking to measure actual business outcomes.

Among the NAO’s recommendations is that the FCO improve how it measures and monitors the impact of its activities supporting exports so that it can demonstrate that its spending of some £420 million a year yields tangible results.

UKTI is piloting the use of external business partners to provide some of its services, and needs to implement lessons from the evaluation of its pilot initiative to use external partners if it decides to roll it out.