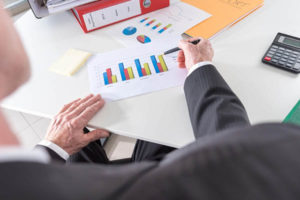 This report examines the use of financial models across government.

Financial models use information or data to provide insight into a question or to better understand a problem. Using models helps government to select policy options, understand the impact of these options and improve the value for money of government spending. Government relies on financial models for its day-to-day activities, including estimating costs; distributing funding within organisations; and testing policy options. In recent years departments have used models to plan NHS test and trace services, set allocations for teacher training places, and estimate the cost of the financial settlement when leaving the EU.

After the collapse of the West Coast Main Line franchise competition in 2012 – where errors in models played a role in the incorrect information given to bidders – HM Treasury (HMT) initiated a review of how the government produces and uses models, known as the Macpherson Review. This review was published in 2013 and made eight recommendations to extend the pockets of good practice it found across the whole of government. Following the review, HMT took action to improve the quality of models, such as setting up a working group to produce guidance. Separately, in 2013, the government introduced cross-government functions to provide professional support to departments. The two functions most related to financial modelling are the Analysis Function and the Finance Function.

We have examined the roles that HMT, the Office for Budget Responsibility (OBR), the Analysis Function and the Finance Function have in improving modelling across government. We considered how well the principles set out in the Macpherson Review, Managing Public Money and other modelling guidance are embedded across government and applied to business-critical financial models. Our audit approach is based on the NAO’s Framework to review models and the report examines:

Financial modelling is at the heart of how the government understands its spending, performance and risks and makes business critical decisions. Outputs from models underpin decisions made by departments and ALBs that often have very real impacts on people’s lives. Errors in government models have directly caused significant losses of public money and delays to critical public programmes. Since the completion of the Macpherson Review of the quality assurance of models, the government has made progress through publishing cross-government guidance. Separately, the government introduced the Analysis Function and the Finance Function. Departments and ALBs have implemented new governance and assurance procedures.

Although progress has been made, there remain significant weaknesses in how government produces and uses models. There is scope for better leadership from the centre of government to drive further progress, uphold standards, and support greater transparency around models that departments use to make decisions. Although we saw examples of good practice, the level of quality assurance that departments apply to business-critical models remains variable. The analysis of uncertainty is often a peripheral activity despite it being extensively recommended in government guidance and despite the risks to long-term value for money of not doing so. Taken as a whole, the government is overly reliant on best estimates from models which do not fully reflect the inherent uncertainty and risks. Without further progress, government plans will continue to be developed with weaknesses that place value for money at risk.