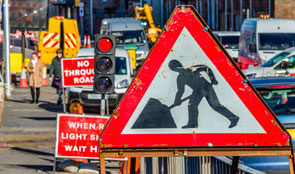 Local authorities have kept up levels of capital spending but face pressure to meet debt costs and maintain investment in existing assets.

“Local authorities have acted prudently and maintained overall capital spending levels, but the cost of servicing debts accounts for a significant share of revenue spending and this is likely to increase.  The Department therefore needs a deeper understanding of the capital issues local authorities’ face. Without an understanding of broader trends it will not be well-placed to anticipate risks to value for money as authorities come under greater financial pressure.”

Local authorities in England have maintained their overall capital spending levels, according to the National Audit Office, but face pressure to meet debt servicing costs and to maintain investment levels in their existing asset bases.

Since 2010-11, local authorities have faced less pressure on their resources to support capital expenditure as compared to revenue. Local authorities’ revenue spending power – including government grant and council tax – fell by 25.2% in real terms from 2010-11 to 2015-16. By contrast, the NAO estimates that capital grants to authorities increased by 0.2% from 2010-11 to 2014-15, although this does not include education.

Today’s report found that authorities face a growing challenge to continue long-term investment in their existing assets. Total spending has remained stable, but increasingly capital activities are focused on ‘invest to save’ and growth schemes that cover their costs or have potential to deliver a revenue return. Many areas of authorities’ asset management programmes do not meet these criteria and are now seen as a lower priority.

According to the NAO, local authorities’ debt servicing costs have grown as a proportion of revenue spending as their revenue resources have fallen. A quarter of single-tier and county councils now spend the equivalent of 9.9% or more of their revenue expenditure on debt servicing, with metropolitan district councils being particularly exposed.

The Department for Communities and Local Government takes its assurance from its devolved framework for capital, which provides assurance on financial sustainability at authority level, but does not provide a mechanism for identifying trends and issues across the sector. As a result, the Department has limited insight into broad changes in authorities’ capital resourcing and spending as well as associated risks.

According to the NAO, the Department rightly focused on revenue issues in the 2015 Spending Review but in future reviews will need to focus more on capital. The Department is confident from its engagement with authorities that revenue pressures are their main concern, however the NAO’s analysis demonstrates that capital costs exert significant and growing pressure on revenue resources. The Department told the NAO it recognises there is room for improvement in relation to its understanding of capital in future spending reviews.