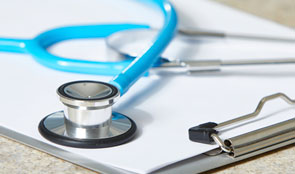 Financial sustainability of the NHS

The financial performance of NHS bodies worsened considerably in 2015-16, according to the National Audit Office.

“With more than two-thirds of trusts in deficit in 2015-16 and an increasing number of clinical commissioning groups unable to keep their spending within budget, we repeat our view that financial problems are endemic and this is not sustainable. It is fair to say aggressive efficiency targets have helped to swell the ranks of trusts in deficit over the last few years. The Department, NHS England and NHS Improvement have put considerable effort and funding toward stabilising the system, but have a way to go to demonstrate that they have balanced resources and achieved stability as a result of this effort. Therefore, value for money from these collective actions has not yet been demonstrated.”

The financial performance of NHS bodies worsened considerably in 2015-16 and this trend is not sustainable, according to the National Audit Office.

According to the NAO, the NHS entered the current financial year from a worse than expected starting point. This year’s plans were based on trusts ending 2015-16 with a combined deficit of £1.8 billion. The fact that trusts ended the year with an even larger deficit means that they will, overall, need to make more savings than planned to reach the intended starting position. Many of the savings made by NHS England in 2015-16 were one-off in nature.

The Department has transferred £950 million of its £4.6 billion budget for capital projects, such as building works and IT, to funding for day-to-day spending. While this helped it to manage the NHS’ financial position in 2015-16, it could risk trusts’ ability to achieve sustainable service provision.

There are indications that financial stress is having an impact on access to services and quality of care. Trusts’ performance against important NHS access targets has worsened, and the NAO found an association between trusts’ financial performance and their overall Care Quality Commission rating, with those that achieved lower quality ratings also reporting poorer average financial performance. The 14 trusts rated ‘inadequate’ had a net deficit equal to 10.4% of their total income in 2015-16.

Trusts’ spending on agency and contract staff has slowed but is still significant at £3.7 billion in 2015-16, compared with £3.3 billion in 2014-15. According to the NAO, it may take years to resolve workforce issues that affect the successful recruitment and retention of permanent staff, and reduce the need for agency staff.

Together, the Department, NHS England and NHS Improvement estimate that they can make £6.7 billion of efficiencies by capping public sector pay, renegotiating contracts, implementing income generating activities, and reducing running costs. They estimate that trusts and commissioners can make a further £14.9 billion by moderating the growth in demand for healthcare services and achieving 2% productivity and efficiency improvements.