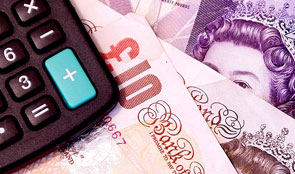 Forecasting in government to achieve value for money

Inadequate forecasting is an entrenched problem for government departments, leading to poor value for money and increased costs for the taxpayer.

“Departments generally treat forecasting of future spending as little more than a technical activity, of limited relevance to financial management. In fact, high quality forecasting is an indispensable element of project planning and implementation. We have seen many examples over recent years of government projects where weaknesses in forecasting have led to poor value for money. A first step towards improving the quality of forecasting would be increased transparency and scrutiny of forecasting and more concerted action at the centre of government.”

Poor forecasting by government departments is an entrenched problem, leading to poor value for money and increased costs for the taxpayer, according to a report today by the National Audit Office.

High-quality forecasting is an essential part of achieving value for money for the taxpayer. Since 2010, more than 70 of the NAO’s reports have identified forecasting weaknesses. For example, the Department for Education initially underestimated the scale of demand for its academies programme and did not develop robust cost estimates. To remain within spending limits without restricting the pace or scale of the expansion, it used additional contingency funding of £105m and reassigned £244m from other budgets.

‘Optimism bias’ and poor quality data are among the root causes of departments’ poor production and use of forecasts. Analysts have expressed concern that they are under pressure to provide supportive rather than realistic forecasts; and over half the analysts surveyed by the NAO identified a lack of good-quality data as preventing good forecasting. The Department for Transport has recently responded to our recommendation and updated the values in the economic case for High Speed 2 after the NAO noted it was using 10 year old data to calculate the benefits for business travellers.

The centre of government also needs to do more. While the Treasury has introduced incentives to improve forecasting, these are at risk of being overwhelmed by the need to meet Parliament’s requirements not to breach end of year spending totals. Most Finance Directors responding to the NAO survey considered that the spending control framework incentivised them to over-budget and underspend. In 2012-13, underspending increased to £11.5 billion, nearly three times the recent average. The Treasury encouraged underspends for Budget 2013; however, the NAO is concerned that the Treasury’s flexing of the budget exchange rules (allowing departments to carry forward a forecast underspend from one year to the next) was not clearly related to the quality of individual departments’ financial management.

Recommendations from the NAO include that HM Treasury should work with the NAO and Parliament to identify how to support informed scrutiny of departments’ forecasts.