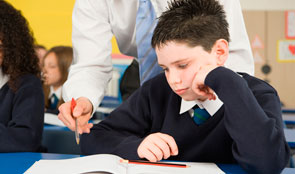 While the impact of the Pupil Premium will take time to become clear, it has the potential to bring about a significant improvement in outcomes. However, the Department for Education and schools have more to do.

“Early signs are that the Pupil Premium has potential, but it will take time for its full impact to become clear. As it takes the policy forward, the Department will need to review whether spending more in this way would allow it to close the attainment gap more quickly. The high degree of local discretion has benefits and costs. Some schools don’t appropriately focus funding on disadvantaged pupils, and some spend funds on activities which are not demonstrably effective.”

It will take time for the full impact of the Pupil Premium to become clear, according to the National Audit Office. The early signs are that the Department for Education’s funding for disadvantaged pupils has the potential to bring about a significant improvement in outcomes. However, the Department and schools have more to do if this potential is to be realised.

The Department pays the Pupil Premium directly to schools as extra funding for each pupil from a socio-economically disadvantaged background between the ages of 5 and 16, with the aim of closing the gap in attainment between them and their peers by improving their academic performance.

The attainment gap between disadvantaged and other pupils narrowed by 4.7 percentage points in primary schools and 1.6 percentage points in secondary schools between 2011 and 2014, but no clear trend has been established and the gap remains wide. Success in some schools indicates that the Pupil Premium has promise, but the Department does not expect the full impact of funding to be felt until 2023.

The Department uses a clear formula to distribute the Pupil Premium, but not all disadvantaged pupils are being identified. The NAO’s survey found 75% of school leaders reporting that some pupils with parents in low-income employment were ineligible for funding. The introduction of Universal Infant Free School Meals and Universal Credit may also make it difficult to identify disadvantaged pupils consistently. Other real-terms reductions in school funding mean the Pupil Premium has not always increased school budgets. The NAO estimates that per-pupil funding in 16% of the most disadvantaged secondary schools fell by over 5% in real terms between 2010-11 and 2014-15.

The funding’s impact is also reduced by the fact some schools are not spending the Pupil Premium effectively. Ofsted expressed concern about provision for disadvantaged pupils in 8% of primary schools and 21% of secondary schools it inspected between September and December 2014.  There are particular risks around some of the approaches schools most commonly use. The NAO estimates that schools have spent an extra £430 million on teaching assistants since the introduction of the Pupil Premium; a high-cost approach which, research indicates, will only improve results if schools learn to deploy these staff more effectively. Other low-cost interventions are used too infrequently, with just 25% using peer-to-peer learning. The current accountability and intervention mechanisms, which work in some cases, nonetheless could allow schools to waste money on ineffective activities for many years without challenge.

The Department has also invested £137 million over 15 years in the Education Endowment Foundation, to develop and spread evidence of what works. The EEF has summarized and published existing best practice in its Teaching and Learning Toolkit, which is now used by 64% of school leaders.