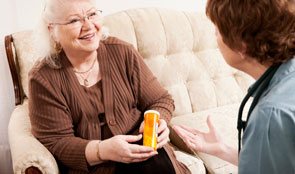 Although some areas of the NHS in England are achieving value for money for out-of-hours GP services, this is not the case across the board.

Although some parts of the NHS in England are achieving value for money for their spending on out-of-hours GP services, this is not the case across the board, according to the National Audit Office.

Out-of-hours GPs provide urgent primary care when GP surgeries are typically closed. They form part of the urgent care system, along with other services including NHS 111 and A&E departments.

Today’s report finds that the number of cases handled by out-of-hours GP services has fallen significantly, from an estimated 8.6 million in 2007-08 to 5.8 million in 2013-14. This is partly because of the introduction of the NHS 111 telephone service. The NAO estimates that out-of-hours GP services also cost less now, in real terms, than they did in 2005-06, but NHS 111 makes cost comparisons difficult.

Most patients are positive about their experience of out-of-hours GP services. The GP Patient Survey in July 2014 reported that 66 per cent of people rated their overall experience as very good or fairly good, although there was significant geographical variation. The NAO also found that out-of-hours service providers are generally responsive, measured against the timeframes specified by the Department of Health.

But NHS England commissions about 10 per cent of services directly – from GP practices that have retained responsibility for providing out-of-hours care. NHS England does very little to manage and oversee these services. This means that people whose GPs continue to provide out-of-hours care can have less assurance that they will receive an acceptable service.

Overall, NHS England did little during 2013-14 to assure itself of the quality and value for money of out-of-hours GP services. Although the body told its 27 local area teams to seek assurance about these services in March 2013, it did not give guidance about how to do this until a year later. The arrangements that have now been put in place are unlikely to provide meaningful assurance, as clinical commissioning groups are required to answer just a few yes-no questions.

A survey commissioned by the NAO found that around a quarter of people had not heard of out-of-hours GP services. Awareness among certain groups, including younger people and people from black and minority ethnic communities, was lower than among others. People who had not heard of out-of-hours GP services were more likely to go to A&E departments or call 999 if they or their family felt unwell during the night or at the weekend. NHS England has a clear vision to integrate urgent and emergency care services in future, but has not finalised its implementation plans.