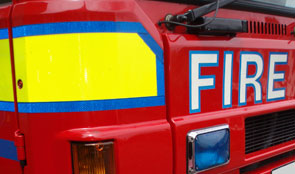 Impact of funding reductions on fire and rescue services

Fire and rescue authorities have managed funding reductions well. The Department for Communities and Local Government should, however, seek greater assurance that authorities are maintaining service standards and delivering value for money locally.

“Fire and rescue authorities have managed funding reductions well since 2010. There have been no financial failures and the numbers of fires and casualties have continued to fall. I would expect the Department for Communities and Local Government to have a better understanding of the appropriate funding level necessary to support services, in order to maintain the financial sustainability of the sector in the context of funding cuts.  The Department should also seek greater assurance that authorities are maintaining service standards and delivering value for money locally.”

The NAO finds there have been no financial failures and the sector as a whole has increased its financial reserves since 2010-11. At the same time, the number of fires and casualties have continued their long-term downward trend: primary fires, those involving casualties or damage to property, fell by 23% from 2010-11 to 2014-15, while the number of fatalities in fires fell by 22% over the same period.

These improvements are despite significant reductions to numbers of firefighters and prevention and protection activities over the same period. From 2010-11 to 2014-15, fire authorities cut numbers of whole-time firefighters by 14%, while carrying out 30% fewer audits of business premises and 27% fewer hours spent on home fire safety checks. Authorities have also changed the scope of their emergency response, sometimes sending fewer firefighters to incidents.

There are, however, some potential signs of low-level stress emerging. Local auditors and peer challenge teams have raised concerns in a small number of authorities. According to the NAO, some fire authorities have indicated their capacity to respond to major incidents might be compromised by further funding reductions. Given the savings made to date, a number of authorities anticipate that further savings will only be possible via further reductions in firefighters, and have expressed concerns at the potential impacts this may have.

While protecting the sector relative to local authorities overall, the Department for Communities and Local Government (DCLG) has reduced funding most to fire and rescue authorities with the highest levels of need. Although DCLG has supported the sector to improve efficiency through a £75 million Fire Transformation Fund, in many case the sector’s transformation projects aim at adding value to other sectors – such as adult social care, or youth services – as much as reducing its own costs.

Unlike in other emergency services there is no external inspection of fire and rescue authorities. DCLG now relies on local scrutiny – from local councillors, the public, and fire chiefs themselves – to safeguard service standards and value for money. Councillors can however lack technical independent support, while a lack of standardised data on response standards makes it hard for people to compare the performance of their local fire authority with others.

The Secretary of State has a statutory duty to assure Parliament on the standards of fire and rescue authorities, but DCLG’s evidence to support these statements is limited. DCLG is almost entirely reliant on authorities to self-certify they are in compliance with their mandated duties.

In its accompanying report, Impact of funding reductions on fire and rescue services, the NAO takes an in-depth look at how fire and rescue authorities have responded to declining budgets since 2010-11. The NAO warns that if funding reductions were to continue in future years, the sector would be faced with twin challenges: to implement new cost-reduction measures, and to manage increased risks. Where cost reduction leads to further reductions in operational capacity, it may lead to risks such as to firefighter safety, the potential shrinking of the service as a whole, and the possibility of industrial action. The NAO finds it would be important for authorities to seek assurance that such risks were being successfully managed.

Among the NAO’s recommendations is that the Department should assess the likely impacts of different types of service transformation on cost reduction and service improvement. The Department should also strengthen its assurance on the operational performance of the sector by gathering substantive evidence to support the Secretary of State’s assurance to Parliament and encouraging authorities to standardise the format of operational targets and performance reporting.