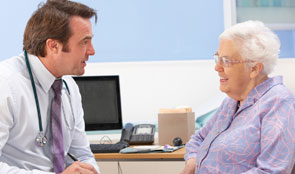 Challenging objectives for improving access to general practice have been set by the Department and NHS England, but a more coordinated approach and stronger incentives are needed.

“The Department and NHS England have set some challenging objectives for improving access to general practice, have increased available funding and sought to make allocations to local areas fairer. They are, however, seeking to improve access despite not having evaluated the cost- effectiveness of their proposals and without having consistently provided value for money from the existing services. Without a more co-ordinated approach and stronger incentives to secure the desired results, the NHS is unlikely to get optimal value for money.”

The National Audit Office has found that the Department of Health and NHS England have a high-level vision for improving patient access to general practice and have increased the funding available, but are seeking to extend access despite failing to provide consistent value for money from existing services.

The Department has set objectives such as providing evening and weekend access for all patients and 5,000 extra doctors in general practice, both by 2020. However, they have not evaluated the cost-effectiveness and consequences of their objectives. The NAO’s analysis suggests the minimum additional capacity required by the new commitment equates to £230 per appointment hour per 1,000 registered patients. In core contract hours the cost is an estimated £154. NHS England intends that the additional funding will be used to also cover transformation costs and deliver wider improvements in access, but has not currently set out how it will take assurance that the additional funding provides good value for money.

The most commonly used contract is the General Medical Services contract, which stipulates that ‘core hours’ are 8 am to 6.30 pm, Monday to Friday. Practices do not necessarily have to be open throughout these core hours, but they must provide essential services at times to meet the reasonable needs of their patients. The NAO found variations in practices’ opening hours during these times. As at October 2015, some 46% of practices closed at some point during core hours. In particular, 18% closed at or before 3 pm on at least one weekday, although three-quarters (76%) of those practices that closed received additional funding in 2015-16 to provide access outside of core hours. Shorter opening hours are associated with poorer outcomes.

Today’s report found that NHS England and Health Education England’s efforts to increase the GP workforce are at particular risk from falling retention, shortfalls in recruitment and increases in part-time working. The time taken to train clinical staff, and increasing demand, mean supplying sufficient numbers is challenging. Against a target of 3,250 GP training places in 2016/17, Health Education England only filled 3,019 (93%) places, although this was an increase from 2,769 in 2015/16. NHS England is supporting general practice to employ a wider staff mix but the incentives for practices to employ staff cost-effectively are not yet aligned.

NHS England is reducing some inequalities in the funding of local areas. Funding should be allocated equitably according to need so that local areas and individual practices have an equal opportunity to provide good access. NHS England has sought to make allocations to local areas fairer by introducing a more up-to-date calculation of local needs in 2016-17. But at practice level, although NHS England is phasing out some specific payments to practices which are not based on local needs, the core funding formula remains out of date. This means that individual funding allocations may not reflect differences in workload.

According to the NAO, the Department has limited understanding of the pressures in general practice. Clinical commissioning groups should be better placed than NHS England to identify emerging problems with access. However, some commissioners currently have a limited understanding of whether services are meeting people’s needs and have limited capacity to manage any significant service changes, such as a practice handing in notice on its contract. There are risks to both the levels of access and cost of services if there is insufficient assurance that funding and staff are being supplied in line with demand.

In addition, limited levers to manage performance and difficulty in restructuring services leave commissioners in a weak contractual position. Instead, the Department and NHS England, along with Health Education England, have used a range of softer initiatives intended to incentivise and encourage practices to improve access and deliver better value for money.