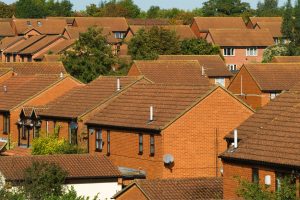 This investigation sets out the status of Starter Homes policy and legislation, and the impact of government's investment.

The Ministry of Housing, Communities & Local Government’s (the Department’s) overarching objective for new housing in England is to “support the delivery of a million homes by the end of 2020 and half a million more by the end of 2022 and put us on track to deliver 300,000 net additional homes a year on average”. In April 2015, the Conservative Party manifesto committed to “200,000 Starter Homes, which will be sold at a 20% discount and will be built exclusively for first-time buyers under the age of 40”. The November 2015 Spending Review subsequently provided £2.3 billion to support the delivery of 60,000 Starter Homes (of the 200,000 previously announced).

Between 2015 and 2018, government’s policy towards Starter Homes shifted. In May 2018, the Minister of State for Housing and Planning stated that the government had spent an estimated £250 million of the Starter Homes Land Fund. In July 2018, the Department clarified that it had spent £250 million buying land to build affordable properties from two funds, the Starter Homes Land Fund and the Land Assembly Fund, with work under way to get the land ready for development, but that building had not yet started.

Following media articles that criticised the progress made towards Starter Homes, we undertook an investigation with the aim of establishing: