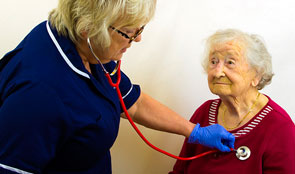 National Audit Office report: Investigation into the collapse of the UnitingCare Partnership contract in Cambridgeshire and Peterborough

In December 2015 a five year contract, worth around £800 million between UnitingCare Partnership and Cambridgeshire and Peterborough clinical commissioning group collapsed after only 8 months because it ran into financial difficulties. NAO examined the design, procurement and operation of the contract and the events that led to its termination.

“This contract was innovative and ambitious but ultimately an unsuccessful venture, which failed for financial reasons which could, and should, have been foreseen. It had the strong potential to join together all bodies in the local health economy and to deliver better patient care. However, limited oversight and a lack of commercial expertise led to problems that quickly became insurmountable.”

The National Audit Office (NAO) has today published its report into the collapse of the UnitingCare Partnership contract with Cambridgeshire and Peterborough clinical commissioning group (the CCG) to provide its older people’s and adult community services. The five-year contract, with a total budget of about £0.8 billion, started in April 2015 but collapsed after only eight months because it ran into financial difficulties. The NAO examined the design, procurement and operation of the UnitingCare Partnership contract, and the events that led to its termination.