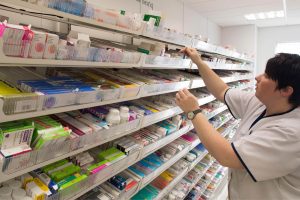 Investigation into supply chain finance in the NHS

This investigation examines Greensill Capital’s involvement in the provision of two schemes to the NHS.

Following the hearings by the select committees, the Comptroller and Auditor General decided to examine Greensill Capital’s involvement in supply chain finance for community pharmacies and NHS employees – given recent events and the Committee of Public Accounts’ interest in this area.

This investigation examines Greensill Capital’s involvement in the provision of two schemes to the NHS – firstly, supply chain finance – with particular focus on the Pharmacy Earlier Payment Scheme to pharmacy contractors; and secondly, the Employer Salary Advance Scheme which allowed NHS employees to access their earned salaries in advance of payday. Supply chain finance is a financial transaction whereby a lender finances a supplier on behalf of the customer. The investigation also considers the impact of the failure of Greensill Capital in March 2021 on the government, taxpayers, and NHS organisations to which it provided its services.

The first scheme, known as the Pharmacy Earlier Payment Scheme (PEPS) was an arrangement administered by NHS Business Services Authority (NHSBSA) and contracted to Taulia Inc and its subcontractor Greensill Capital. PEPS enabled pharmacy contractors in England to be reimbursed for dispensing prescriptions earlier than the normal payment timetable by accessing private capital advanced by Greensill Capital, which Greensill Capital later collected from NHSBSA. The second scheme, known as Earnd and provided through Earnd UK (a company owned by Greensill Capital), was a salary advance scheme used by some NHS trusts in England. It allowed employees to receive a proportion of their earnings before payday without paying fees.