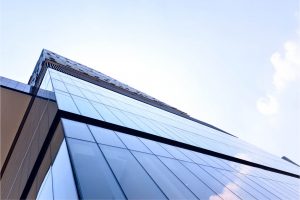 Our report examines whether MHCLG's framework allows for the management of risks to local authorities from commercial property investment.

In response to substantial falls in funding since 2010-11, local authorities have made reductions in revenue spending on services. Increasingly, authorities have also sought to offset funding reductions by generating new income through a range of strategies. A key component within these responses has been a rapid expansion in the acquisition of commercial property, often funded by borrowing. Buying commercial property can deliver benefits for local authorities including both the generation of income and local regeneration. However, as with all investments, there are risks.

Local authority spending on commercial property takes place in the context of the prudential framework, made up of both powers and duties created by legislation and a set of statutory codes and guidance to which authorities must have regard. The Ministry of Housing, Communities & Local Government (the Department) has overall policy responsibility for the prudential framework.

The report addresses this question in four parts:

The acquisition of commercial property can enable authorities to generate income in the context of financial pressure, while also supporting regeneration. However, the scale of investment of public funds in this activity in the last three years, the concentration of this activity in a relatively small group of authorities, and the use of borrowing to finance such investments is striking. The benefits from this investment therefore must be considered against the potential financial sustainability and value‑for‑money risks that have emerged.

The Department as steward of the prudential framework, alongside CIPFA, has sought to address the implications for the framework of emerging risks from these activities. It has been alive to the financial sustainability risks for a small number of authorities and has made system changes in response. However, the Department is only expecting gradual change in those authorities’ behaviour despite the Committee of Public Accounts first highlighting concerns in November 2016.

The position set out in this report raises questions about the extent to which the Department and HMT can rely on the prudential framework in its present form to support value-for-money decision-making in the current legal and financial context. The permissive nature of the prudential framework has been tested by new behaviours in the sector, and the Department has not yet responded in a timely way that also reflects the marked variations in activity across the sector. To protect against risks to value for money, the Department must take steps to ensure that authorities’ actions are in line with the principles underlying the framework. To support this, it should strengthen framework oversight and develop methods for more timely, flexible and targeted intervention when required.