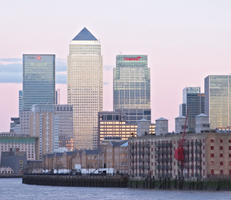 Maintaining the financial stability of UK banks: Update on the support schemes

The scale of the support currently provided to UK banks has fallen from a peak of £955 billion to £512 billion, but the amount of cash currently borrowed by the Government to support banks has risen by £7 billion since December 2009. It is likely the taxpayer will be providing support for years to come.

"We concluded in 2009 that the support provided to the banks was justified but that the final cost to the taxpayer would not be known for a number of years. A year on and we have more information. The most likely scenario is that the taxpayer will not pay out on the guarantees. Optimism on this score should be tempered, however, with the realization that the risk of further shocks to the financial markets and of significant loss to the taxpayer has not gone away. The Treasury is likely to be paying for the support it has provided to UK banks for years to come"

The National Audit Office has today reported that the scale of the support currently provided to the banks has fallen from its peak of £955 billion to £512 billion as at 1 December 2010.

However, the amount of cash currently borrowed by the Government to support UK banks has risen by £7 billion since December 2009 to a total of £124 billion. The report also warns that the Treasury will probably be paying for the support it has provided to UK banks for years to come.

The most likely scenario is that there will be no overall loss on the main guarantees, namely, the Asset Protection, Special Liquidity or Credit Guarantee Schemes. The Treasury had originally estimated on the information available in 2009 that the total cost of this support might be between £20 billion and £50 billion.

While the UK banks appear to have survived further external shocks in 2010 (such as the Eurozone sovereign debt crisis), investors’ perceptions of the risk of investing in UK banks remain as high as the summer of 2008, when some banks around the globe were reporting difficulties, but before the failure of Lehmans. Further shocks to the banking system (such as the collapse of a UK bank) could still lead to significant losses for the taxpayer.

The Treasury aims for the support schemes to be temporary. However, winding the support down quickly will be challenging and it is likely that the Treasury will be committed to at least some of its guarantees, loans and share investments for years to come.

The eventual cost or return to the taxpayer as a result of the Treasury’s support of the banks is dependent on the Treasury’s successfully disposing of its shares in RBS and Lloyd’s and recouping its loans to the banking sector. Meanwhile, the Government is paying £5 billion a year (£10 billion so far) in interest on the Government borrowing required to finance the purchase of shares and loans to banks. So far, this has been offset by the fees and interest received by the Treasury from the supported banks, but these are likely to fall in future.