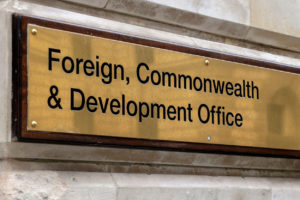 This report examines the government’s management of the reduction in Official Development Assistance spending.

Since 1970, the United Nations has endorsed a target for developed countries to spend 0.70% of their Gross National Income (GNI) on overseas aid spending, known as Official Development Assistance (ODA). The UK met this target each year between 2013 and 2020, and made meeting the target a legal requirement in 2015. In the November 2020 Spending Review, the government announced that it would spend only 0.50% of GNI on ODA in 2021, because of the continuing economic impacts of the COVID-19 pandemic and its assessment of the impact of this on public finances. It also set out that it intended to return to the previous target of 0.70% “when the fiscal situation allows”.

Since 2015 we have published three reports on ODA spending, all in the context of increasing budgets. We identified risks to value for money from the management of increasing ODA expenditure, including the risk that departments felt incentivised to propose spending without challenging its value for money as rigorously as for other spending, and without making sure they had sufficient programmes to match the increased spending. We also identified risks around year-end spending to meet the target, accuracy of forecasting and the government’s ability to assess performance across its ODA portfolio.

In this report we examine the government’s management of the reduction in ODA expenditure and the extent to which the government has considered how to protect value for money in implementing this reduction. The majority of ODA is spent through the Foreign, Commonwealth and Development Office (FCDO), but other government bodies also have responsibility for ODA spending. We do not review the basis of the government’s decisions to reduce the overall ODA budget or to reduce the ODA spending target from 0.70% to 0.50% of GNI. Instead, we examine the way these decisions were implemented and their initial impact. In particular, we examine FCDO, HM Treasury and other government departments with responsibility for ODA spending, and assess:

The government’s decision to reduce its target for ODA spending from 0.70% to 0.50% of GNI meant an overall budget reduction of around 30%, from spending of £14.5 billion to £10.3 billion. The speed and scale of the budget reduction, and the lack of long-term planning certainty, increased some risks to value for money. It also allowed for prioritisation of the highest value and highest priority programmes. However, spending on bilateral programmes had been disproportionately cut in 2020 and 2021, and the extent of this reduction meant that programmes performing well also had to be considered. The government had a clear approach to, and parameters for, allocating its ODA budget. FCDO took a leading role in the allocations exercise and looked to its local offices to make decisions about its programmes, taking into account factors such as programme performance. This involved compromises and difficult decisions across all programmes and geographical areas. The government’s decision not to consult delivery partners limited the evidence available to make informed decisions.

The speed and depth of reductions, combined with the reprioritisation of spending, has had an immediate impact locally as FCDO country offices looked to modify or bring programmes to an end ahead of schedule. While it is too early to assess the impact of these changes on long-term value for money, building its understanding of this impact will help the government with its approach to future budget allocations – including a return to the 0.70% target – for which it should have more time and certainty.