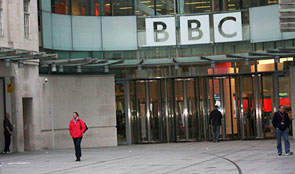 The BBC has made good progress in rationalising and upgrading its estate. But value for money in the short to medium term will depend crucially on the BBC’s making better use of its estate.

“The BBC has reduced the size of the estate by almost a third while at the same time adding new TV channels and radio stations, and modernising its buildings. These are significant achievements and I am pleased that the NAO have recognised the good progress made. Today's report also gives a clear steer on where further improvements can be made and the Trust will continue to track progress to make sure the NAO’s recommendations are implemented in full.”

“The BBC has made good progress in upgrading its estate but it will need to press ahead with its plans to make better use of space to achieve value for money. The BBC will also need to maintain enough flexibility in its leasehold and freehold portfolio to allow its estate to adapt quickly to the changing needs of an organization operating in a fast-changing sector.”

The BBC has made good progress in rationalizing and upgrading its estate, according to a report by the National Audit Office, which was published today. The BBC has improved its use of available space and the cost of running much of the estate compares well with external cost benchmarks. However, the overall cost is distorted by the high cost of running Broadcasting House, which accounts for a third (£89 million) of the total annual cost of running the BBC estate (£273 million) in 2013-14.

The BBC has replaced many ageing buildings with a smaller number of modern facilities that are better suited to its needs and more accessible to audiences. The BBC set an overall target cost for its estate but there is little evidence that it was sufficiently mindful of the target when taking decisions on individual estate projects.

The NAO concludes that value for money in the short to medium term will depend crucially on the BBC’s making better use of space across the estate. The BBC has set ambitious targets to do this but it will need better information on usage to succeed.

The findings from the report include the following.

Within the past 15 years, the BBC took out long leases, which it cannot surrender until the 2020s or 2030s, on properties that it no longer needs, although it could potentially sublet them.