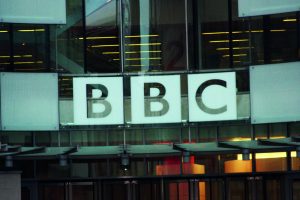 This report is a broad review of the BBC’s approach to pay.

In 2017-18 the BBC directly employed, on average, 21,583 full-time equivalent staff: 18,210 within its public service broadcasting (PSB) functions and a further 3,373 in its commercial subsidiaries. The BBC also contracts with some 60,000 freelancers a year, including actors, entertainers and off‑air individuals such as camera operators. Around 29,000 of these freelancers work on-air. Around 800–850 individuals working in news and current affairs on-air are directly employed by the BBC. The BBC’s total salary costs for staff in 2017-18 were £1,092 million.

Public and Parliamentary debate on BBC pay in recent years has exposed a lack of confidence in the BBC’s pay policies and practices, with particular unease about highly paid senior management and on-air presenters expressed in the media. Concerns have been raised about equal pay, notably when the BBC’s China editor left her post in January 2018 citing pay discrimination between the BBC’s international editors.

This report is a broad review of the BBC’s approach to pay. It examines the BBC’s:

We have confined our work to a strategic level analysis. Except for the BBC’s Director General, the report does not look at the pay of any specific individual, either from within the BBC’s staff or its on-air freelancers. We are also reporting on the BBC’s approach to pay before it has fully implemented and evaluated the impact of its reforms.

The BBC has continued the reforms to workforce management set out in our 2017 study. Since we last reported, it has reviewed its terms and conditions. This has resulted in significant reforms, such as redefining jobs and linking these to market-informed pay ranges that have been agreed with unions. Embedding its changes to scheduling and working practices is ongoing and will require significant goodwill and culture change, and the BBC is putting in place measures to try to achieve this change. The BBC has taken big steps in improving consistency and fairness and is well ahead of other organisations with regards to pay transparency. Its gender pay gap is also lower than the national average and most other media organisations. The terms and conditions review extends to senior managers and on-air staff and is well advanced in PSB. Reform within the BBC’s commercial subsidiaries is ongoing and the BBC needs to implement changes carefully to ensure it achieves its aim of allowing people to move between the two sides, while also keeping its commercial pay competitive. The BBC has improved the structure, consistency and oversight of on-air freelancer negotiations and has kept spend in this area in PSB broadcasting flat overall to 2017-18.

Reforms the BBC has introduced should mean it is better placed to deliver value for money in its staff pay-bill. While detailed financial information on the pay-bill costs and savings of its reforms exist, we did not see evidence that it put in place sufficient arrangements for the Board’s oversight and challenge of these costs and savings while completing the terms and conditions review. Nor has the BBC estimated the wider financial savings arising from these reforms. This is alongside a lack of regular central oversight of total spend on on-air roles. Without stronger Board oversight and challenge, it will be harder for the BBC to demonstrate that its extensive reforms have achieved value for money.