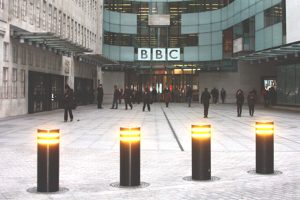 The BBC's approach to managing its workforce shows definite progress. It will need to monitor workforce changes carefully to build on the recent progress it has made.

"The BBC's approach to managing its workforce shows definite progress. The BBC has improved its oversight of staff, and achieved better value for money than in the past.The scale of the BBC’s efficiency agenda in the coming years is considerable, and the BBC will need to monitor workforce changes carefully to build on the recent progress it has made".

The BBC (the British Broadcasting Corporation) has reduced payroll staff costs and numbers, in particular the cost and size of its senior management, increased the proportion of staff outside London, and created new posts in priority areas, according to the latest report from the National Audit Office (NAO). However, a full assessment of the BBC’s expenditure on its staff needs to include the number and cost of its freelance and agency staff.

In the period the NAO reviewed, the BBC has improved central management oversight and control of staffing, bringing greater consistency and standardisation to its approach.

The NAO finds that the reduction in workforce is smaller than the BBC originally planned because the BBC has offset posts it closed by creating new roles in priority areas. In 2011, the BBC envisaged that it would become a significantly smaller organisation with a net loss of about 2,000 payroll posts over five years. By 2015-16, the workforce had fallen by 847 staff, with reductions beyond this level offset by increases, most notably in digital and technological roles to support services such as the iPlayer and to allow greater personalisation of BBC content.

In the period from 2010-11 to 2015-16, the BBC has not monitored or reported centrally in a consistent way on the number and cost of all types of ‘variable staff’ (freelance and agency workers), meaning it is not possible to assess how its total requirement for people has changed over time. Although variable staff costs have been monitored in divisions, reporting of total numbers and costs was not brought together and tracked centrally by executive management prior to 2015-16. In March 2016 the BBC engaged with approximately 2,500 variable staff on a full-time equivalent basis. However, the BBC cannot say on a like-for-like basis whether it currently makes use of more or fewer variable staff than in previous years.

The BBC has simplified and standardised its organisation design, including by reducing layers of management. The broadcaster, however, faces recruitment and retention problems in areas where it competes for specialist skills.

Amongst the NAO’s recommendations is that the BBC should measure and report on its variable staff on a consistent basis from year to year.