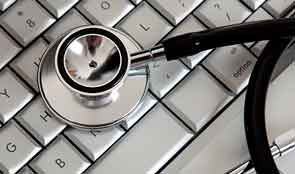 Managing the transition to the reformed health system

Although new organisations set up as part of the reformed health system were ready to start functioning on time, the transition to the system is not yet complete.

“It is a considerable achievement that the new organisations were ready to start work on time. This could not have been accomplished without the commitment and effort of many NHS staff. However much needs to be done to complete the transition. Some parts of the system were less ready than others, and each organisation now needs to reach a stable footing. This will be particularly challenging at a time when the NHS is having to make significant efficiency savings. The reformed health system is complex and the Department, NHS England and Public Health England must take a lead in helping to knit together the various components, so that the intended benefits for patients are secured.”

The National Audit Office has reported that the transition to the reformed health system was successfully implemented in that the new organisations were ready to start functioning on 1 April 2013, although not all were operating as intended. Some parts of the system were less ready than others, and much remains to be done to complete the transition.

The Department of Health and the NHS faced major challenges in implementing the reforms by 1 April 2013. The reforms are regarded as the most wide-ranging and complex since the NHS was created. More than 170 organisations have been closed and more than 240 new bodies created.

NHS staff stressed that maintaining the quality of care provided to patients was of paramount importance throughout the transition. However, assurance that care quality was maintained during this period is limited because little data is available to track the quality of primary care.

Getting staff in place was the biggest challenge for the new organisations. All the new organisations had enough staff to start operating on 1 April 2013. Nine per cent of posts across the system were yet to be filled. The new bodies now need to assess if the staff they have inherited are affordable and if they have the right skills. Further changes are expected to be needed.

All 211 clinical commissioning groups have been authorised as statutory bodies, although some cannot yet operate independently. The number of groups that initially lacked credible financial plans raises concerns that they will not be able to make savings and remain financially sustainable in the coming years. Many groups also began operations in an atmosphere of financial uncertainty. NHS England was still adjusting budgets after 1 April 2013, causing delays in the groups agreeing contracts with healthcare providers.

The reforms are reported to have cost £1.1 billion to 31 March 2013, 15 per cent more than expected at this point. The Department is confident that total costs will not exceed £1.7 billion. The estimated costs are outweighed by the estimated savings in administration costs arising from the reforms.

Around 10,000 staff were made redundant as part of the reforms. The cost of redundancies accounted for 40 per cent of costs to the end of March 2013, an average of £43,095 a person. The Department estimates that 2,200 staff made redundant between May 2010 and September 2012 were subsequently re-employed. Redundancy payments can be reclaimed only if the individual concerned rejoins the NHS within four weeks of leaving.