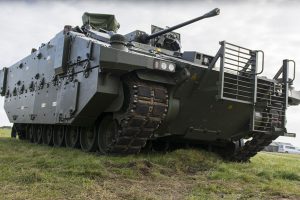 The affordability of the Ministry of Defence’s Equipment Plan.

“The Department’s Equipment Plan is not affordable. At present the affordability gap ranges from a minimum of £4.9bn to £20.8bn if financial risks materialise and ambitious savings are not achieved.”

The Ministry of Defence’s (the Department’s) ten year Equipment Plan is not affordable and does not provide a realistic forecast of the costs the Department will have to meet over the next 10 years buying and supporting the equipment it has determined the Armed Forces need, according to today’s report from the National Audit Office.

The NAO report found that the Department has not included £9.6 billion of forecast costs in the Plan. This variance arose as a result of the Department’s 2017 budget setting process not being able to match costs to available budgets. In addition, the NAO’s review found that the Department has understated forecast costs by at least a further £1.3 billion as the planned cost of buying five Type 31e frigates are not included in the Plan, while the cost of nuclear-related projects continues to grow.

There are also significant risks to the cost of the Equipment Plan: over-optimism in forecast costs of £3.2 billion as calculated by the Department’s independent Cost Assurance and Analysis Service; and the risk of increased costs of £4.6 billion due to the Department not using foreign currency exchange rates that reflect market rates at the date of the Plan.

The Department is also relying on ambitious savings to help fund the Plan. The Department reports that it has achieved savings of approximately £7.9 billion against an increased savings target of £16 billion, with approximately £8.1 billion still to be achieved by 2027. However, there is a lack of transparency on the full amount of savings included in the Plan and the Department does not have evidence to support all the savings it has claimed to date.

The Department has limited flexibility to use other budgets to address the funding shortfall for equipment and support. It was unable to agree a balanced defence budget for 2017-18 and is now managing a significant projected overspend in 2017-18. Our past work has identified an £8.5 billion funding gap for managing the Department’s estate. Also, the Department faces challenges in managing its staff budget.