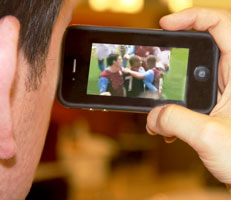 Ofcom: The effectiveness of converged regulation

Ofcom has saved some £23 million over the last five years. However, with its complex remit across the telecommunications sector, Ofcom needs a better articulation of the intended outcomes of its activities and how its work achieves those outcomes.

"Ofcom has reduced its overall expenditure each year since its creation and we have seen many positive indicators in communications markets. In order to demonstrate that it is delivering value for money, however, Ofcom should demonstrate sharper objectives and metrics to better link its costs with the outcomes it achieves."

Ofcom is doing more with less and, over the last five years, has saved some £23 million, according to a report published today by the National Audit Office. However, it is not possible to conclude on the extent to which Ofcom is delivering optimal value for the resources it uses. This is because, with its complex remit across the telecommunications sector, it needs a better articulation of the intended outcomes of its activities and how its work achieves those outcomes.

Taking into account the expansion of its remit and inflation, Ofcom, the independent regulator and competition authority for the UK communications sector, costs around 27 per cent less in real terms (around £3 million per year more in cash terms) to run than its predecessors. Since 2003, Ofcom has made efficiency savings of approximately £23 million, through the rationalization of its estate and operations and through implementing a pay-freeze. In addition, Ofcom spends over £70 million managing the radio spectrum, which generates income for the Government of about £200 million per year. However, it could do more to demonstrate the extent to which value for money is being obtained from its spectrum management activities.

Analysis by the NAO suggests that there are many positive outcomes in the communications market: for example, prices have fallen and there is better choice and quality. Ofcom’s research shows that customer satisfaction is generally high. However, there are still areas where improvements could be made. Three of the goods and services most complained about to the consumer helpline Consumer Direct are communications products (mobile phone service agreements, telephone landlines and internet service providers).

Most of Ofcom’s stakeholders feel that it conducts its consultations well, but 44 per cent of those the NAO surveyed felt that Ofcom does not go on to act in a timely manner. The frequency of appeals against Ofcom’s regulatory decisions is an increasing challenge and they have cost Ofcom over £1 million per year since 2007-08.