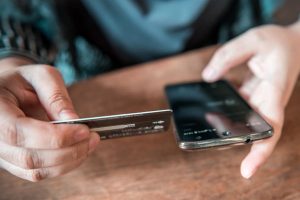 Online fraud is now the most commonly experienced crime in England and Wales, but has been overlooked by government, law enforcement and industry.

“For too long, as a low value but high volume crime, online fraud has been overlooked by government, law enforcement and industry. It is now the most commonly experienced crime in England and Wales and demands an urgent response. While the Department is not solely responsible for reducing and preventing online fraud, it is the only body that can oversee the system and lead change. The launch of the Joint Fraud Taskforce in February 2016 was a positive step, but there is still much work to be done.  At this stage it is hard to judge that the response to online fraud is proportionate, efficient or effective”

Fraud is the most commonly experienced crime in England and Wales and most happens online. While the landscape for tackling online fraud is complex, the Home Office’s response is not proportionate to the threat, according to the National Audit Office.

The City of London Police is the national lead force for online fraud and runs Action Fraud, the national centre for reporting fraud. Police and Crime Commissioners and chief constables are however responsible for policing in their local areas. Today’s report found, however, that although the face of crime is changing, forces take different approaches to tackling online fraud and for some it is not a priority.

According to the NAO, the Joint Fraud Taskforce, led by Home Office Ministers, is a positive step. The Department, through the Taskforce, is seeking to raise awareness of online fraud, reduce card not present fraud and to return money to fraud victims. Today’s report found however that the Department faces a challenge in influencing other partners such as banks and law enforcement bodies to take on responsibility for preventing and reducing fraud.

In addition, without accurate data, the Department does not know whether its response is sufficient or adequate. Not only is online fraud under-reported, but where data is available, there is a lack of sharing of information between government, industry and law enforcement agencies. There is, for example, no formal requirement for banks to report fraud or share reports with government.

Measuring the impact of campaigns and the contribution government makes to improving online behaviours is challenging. The Department is evaluating the Take Five campaign, one of many campaigns run by the government and other bodies to educate people, but this will not be completed until March 2018. The growing scale of online fraud suggests that many people are still not aware of the risks and that there is much to do to change behaviour. In addition, different organisations running campaigns, with slightly different messages, can confuse the public and reduce the campaigns’ impact.

While educating consumers is sensible, government and industry still have a responsibility to protect citizens and businesses. The NAO found the protection banks provide varies, with some investing more than others in educating customers and improving their anti-fraud technology. The ways banks work together in responding to scams also needs to improve.

Today’s report found there is no clear mechanism for identifying, developing and sharing good practice to prevent people becoming victims. There are examples of good practice in protecting people against online fraud, such as Sussex Police’s initiative to help bodies such as banks and charities identify potential victims.